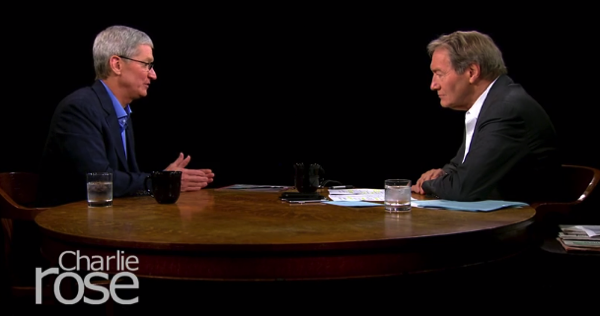 In the clip below, Rose asks Cook why Apple bought Beats, which the CEO replies one factor was because he was “super impressed” with Jimmy Iovine and Dr. Dre, calling them “creative geniuses.”

In this clip, Cook says Apple TV now has over 20 million users and no longer requires the “hobby” moniker:

And lastly, Cook is asked about Apple co-founder Steve Jobs, which Cook says again he is always “in my heart”, while also says the late CEO’s office still resides on the fourth floor at Apple headquarters and has been “left the way it was.”

The full interview is airing in two parts, with the first part tonight on PBS, while the second segment will be shown on Monday.