During his visit to Berlin, Apple CEO Tim Cook met with German Chancellor Angela Merkel to discuss security, net neutrality, environmental protection and education, and the most important and hot topic, privacy, reports BILD (via 9to5Mac).

It was Tim Cook’s first trip to Germany, and the first time he had met Angela Merkel. Cook was impressed by the Chancellor’s deep knowledge of many different topics. 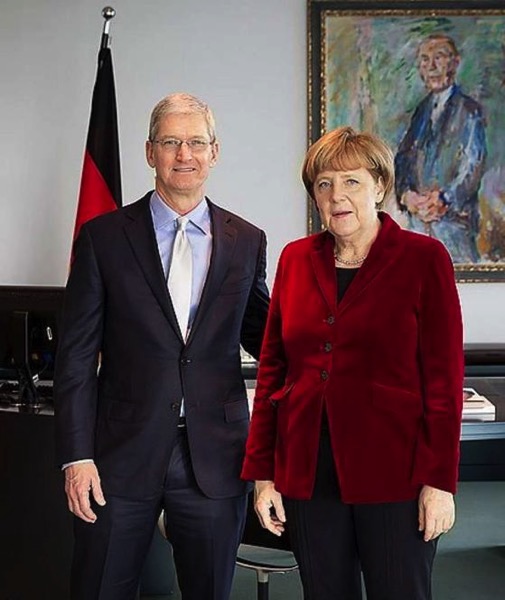 He also took the opportunity to emphasise Apple’s commitment to privacy, something that Cook reinforced earlier this month during the White House’s Cybersecurity summit. According to Apple’s CEO, the Germans share his view on privacy. 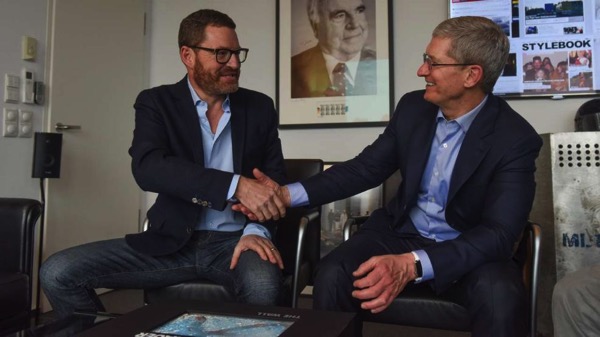 Cook continued his visit to Germany with a stop at BILD’s offices, where he had a chat with the team and was handed a piece from the Berlin Wall. The newspaper published a series of images of him. You can spot the Apple Watch on his left wrist in the above image.