A sobering letter from Apple CEO Tim Cook outlines the Cupertino company’s position in the midst of nationwide protests. 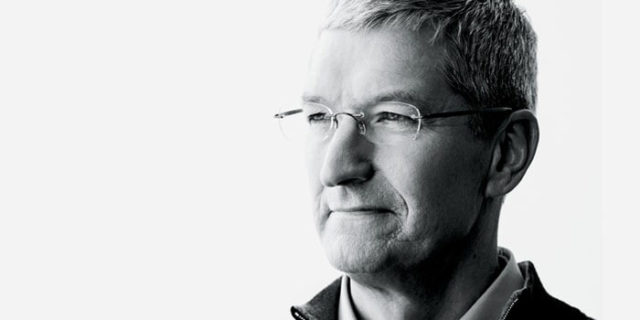 Apple has published a letter on its homepage signed by CEO Tim Cook outlining its position on the ongoing protests triggered by the murder of George Floyd in Minneapolis last month. Like all communications from Apple, the letter reads like a thoroughly workshopped response from a team that considers every word, but the sentiments expressed are nonetheless laudable.

Cook calls Floyd’s killing “senseless” and says the “fear, hurt, and outrage rightly provoked” by it are to be expected, and are also due to “a much longer history of racism,” including systemic prejudice in the criminal justice, education, and healthcare systems.

“Right now, there is a pain deeply etched in the soul of our nation and in the hearts of millions,” begins Cook. “To stand together, we must stand up for one another, and recognize the fear, hurt, and outrage rightly provoked by the senseless killing of George Floyd and a much longer history of racism.”

Cook noted that Apple has previously announced donations to anti-racist organizations, including the Equal Justice Initiative, which is dedicated to ending mass incarceration in the US. However, Apple has not disclosed how much it has given.

“At Apple, our mission has been and always will be to create technology that empowers people to change the world for the better,” the letter continues. “We’ve always drawn strength from diversity, welcomed people from every walk of life to our stores around the world, and strived to build an Apple that is inclusive of everyone.”

But, Cook said, “we must do more.” He said Apple is committing to continuing to bring critical resources and technology to underserved school systems; to fight environmental injustice, which disproportionately harms “Black communities and other communities of color”; and to “looking inward and pushing progress forward on inclusion and diversity, so that every great idea can be heard.”

“But we must do more,” Cook commands. “We commit to continuing our work to bring critical resources and technology to underserved school systems. We commit to continuing to fight the forces of environmental injustice — like climate change — which disproportionately harm Black communities and other communities of color. We commit to looking inward and pushing progress forward on inclusion and diversity, so that every great idea can be heard. And we’re donating to organizations including the Equal Justice Initiative, which challenge racial injustice and mass incarceration.”

Cook’s letter also acknowledges that calls to return to normalcy in the midst of protests the scale of which haven’t been seen in half a century, and while a global pandemic rages on, “is itself a sign of privilege,” and that normality is going to require a new baseline that markedly higher when it comes to equality.

“This is a moment when many people may want nothing more than a return to normalcy, or to a status quo that is only comfortable if we avert our gaze from injustice,” reads the letter. “As difficult as it may be to admit, that desire is itself a sign of privilege. George Floyd’s death is shocking and tragic proof that we must aim far higher than a ‘normal’ future, and build one that lives up to the highest ideals of equality and justice.”

“In the words of Martin Luther King, ‘Every society has its protectors of status quo and its fraternities of the indifferent who are notorious for sleeping through revolutions. Today, our very survival depends on our ability to stay awake, to adjust to new ideas, to remain vigilant and to face the challenge of change.'”

“With every breath we take, we must commit to being that change, and to creating a better, more just world for everyone,” Cook concludes.

Cook’s comments come as protests have swept across the U.S. in response to the death of Floyd, a black man who died May 25 while he was pinned to the ground by a Minneapolis police office.