In wake of the recent Facebook scandal alleging “harvesting” of data belonging to 50 million people, Apple CEO Tim Cook has spoken out on privacy in an exclusive interview with Chris Hayes and Recode’s Kara Swisher on MSNBC today. According to The Verge, Cook said that Apple sees privacy as a “human right” and a “civil liberty”. 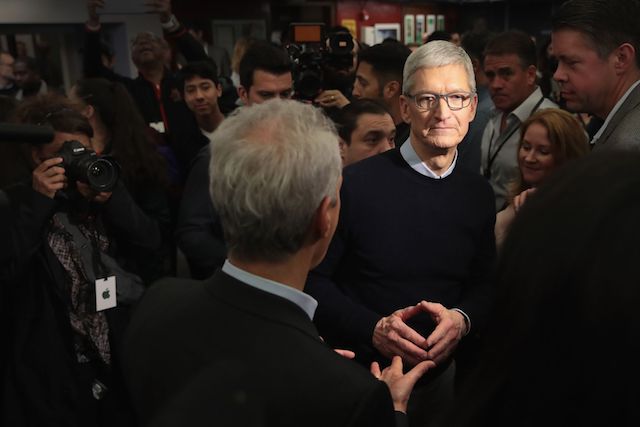 While referring to targeted advertising, Cook said that he finds it “creepy” when “all of a sudden something is chasing me around the web”. Cook highlighted how Apple considers privacy as “one of the draws of being in the Apple ecosystem”, claiming that Apple “could make a ton of money if we monetized our customers” but the company has elected against it.

When pressed on the issue of privacy and regulation, Cook said:

“I think the best regulation is no regulation, is self regulation. Regulation can have unexpected consequences, right? However, I think we’re beyond that,” Cook continued. “I do think it’s time that a set of people think deeply about what can be done.”

When asked what he would do if he were in Zuckerberg’s shoes amid all this controversy, Cook said, “I wouldn’t be in this situation”.

The interview will air on April 6th on MSNBC.