Tim Cook: Why the iPhone Smart Case Battery Has “the Hump” 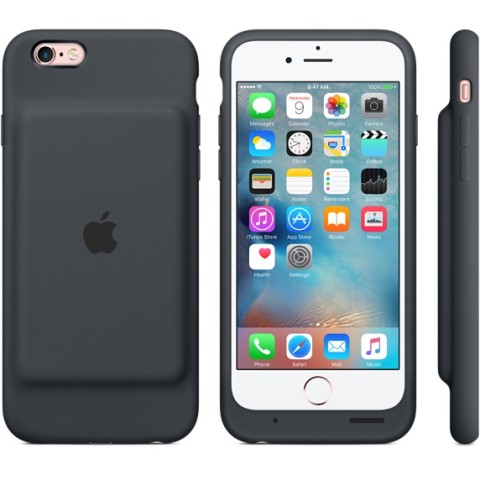 Apple has just launched its first battery case for the iPhone 6/6s, which has sparked various reactions from reviewers because of its looks: You know, it’s hard to get over the hump. Overall, Apple has surprised the community with this design choice. Mashable had the chance to speak with Apple CEO Tim Cook when he visited Apple’s new Upper East Side store on Madison Avenue in New York City during the Hour of Code event, so they asked him about this new “feature”, as well.

He seemed to be excited about the hump.

“You know, I probably wouldn’t call it ‘the hump,’” said Cook, who added he was aware of the comments surrounding the Smart Battery Case. “As you probably know from being a user of this now,” said Cook as he grabbed my iPhone 6, which was sporting the new case, “one of the real insights here is, have you ever used other cases and tried to get them on?”

Cook compared the battery case with that of Mophie, and highlighted the effort you need to make to take it off.

“If you make this solid all the way across,” said Cook, indicating the spots where the Apple case’s embedded battery stops and you just have the soft fluoroelastomer casing, “in order to get it on, you’d find it very difficult to get it on and off. So the guys had this great insight to put the bend in along with making it a smart case,” Cook explained.

He also said that this isn’t a must-have accessory: For example, those who charge their iPhone every day, don’t need it. However, when “you go on overnight trips . . . it’s kind of nice to have.”

He summarized by laughing at Apple’s VP of software engineering Cheryl Thomas’ words: “When you need it, you need it. That’s right.” In that case it will cost you $129 . . . or less if you opt for a third-party alternative.

As mentioned above, Tim Cook visited the Hour of Code event in Apple’s new store in New York City, where he got excited about the engagement he saw on the faces of the children present at the session. He also talked about the need for fundamental changes in education. He wants coding to be “a required course like social studies, English, and mathematics in every public school curriculum.”