Apple currently offers a titanium Apple Watch and has offered a titanium PowerBook G4 laptop in the past, but now, a newly granted patent has confirmed the company has been exploring the possibility of creating a titanium iPhone, iPad, and MacBook (via 9to5Mac). 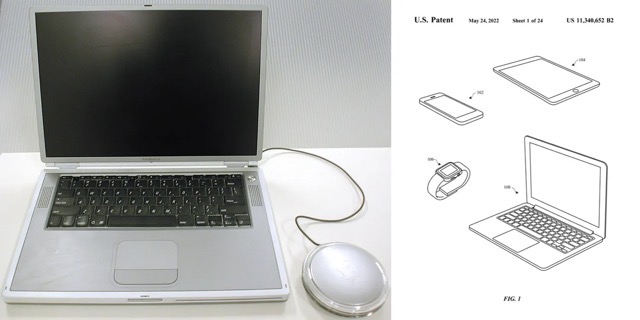 Published today by the US Patent and Trademark Office (USPTO), the newly granted Apple patent describes a process for creating a textured surface on titanium and features illustrations that show Apple Watch, iPhone, iPad, and MacBook.

While titanium is heavier than aluminum, it is much stronger and a far thinner piece can be used to achieve the same strength and stiffness. But since titanium has a rather dull and uninteresting finish in its raw state, Apple has explored different ways of giving the material a more attractive look.

Portable electronic devices can include various operational components (e.g., display, processor, antenna, etc.). Enclosures for these portable electronic devices can be formed of various metals (e.g., anodized aluminum, etc.) having a high amount of strength and stiffness to protect these operational components. Additionally, it is preferable to process these enclosures such as to impart these enclosures with an attractive surface finish.

As with any patent, it must be kept in mind that Apple patents a huge number of things, but only a small proportion of them actually make it into its products.