Popular task management app Todoist has just introduced its new ‘Smart scheduling’ feature, that allows the app to automatically reschedule your tasks and even out the work load using machine learning. According to TechCrunch, although the feature is currently a work in progress, it does sound promising for intense Todoist users. “We created a couple of neural networks that can help our users with scheduling and rescheduling stuff”, said Todoist CEO Amir Salihefendic. 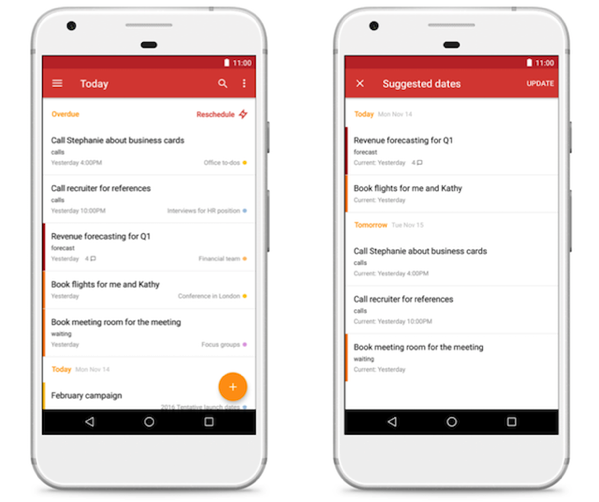 The updated Todoist app has a new “Reschedule” button next to the overdue section, which intelligently suggests new due dates for overdue and unscheduled tasks based on many different data points. The app learns from you, and remembers when you usually complete your regular tasks, such as errands. It also knows when you stop working when you stop completing tasks, so it won’t reschedule any due tasks to the same day if it’s already late.

Todoist also learns from the entire Todoist user base. Many users write down the same tasks. “Fix critical bug” might be a common one, and the service knows that it should be done quickly and not next week. Finally, Todoist tries to make a distinction between workdays and weekends because people tend to complete different tasks depending on the context.

Users can always edit or reject suggested due dates so that you stay in control of your to-do list. In addition to the new “Reschedule” button on all platforms, Todoist can also suggest a due date for individual tasks when you reschedule them.

You can grab the latest version of Todoist using the following App Store link:

Apple has recently ramped up efforts to diversify its supply chain and production capacity beyond China in the wake of geopolitical tensions between Washington and Beijing, COVID-19 slowdowns at Chinese factories, and more. However, undoing its reliance on China is going to be a long and hard road for the Cupertino, California-based company. According to...
Nehal Malik
30 mins ago