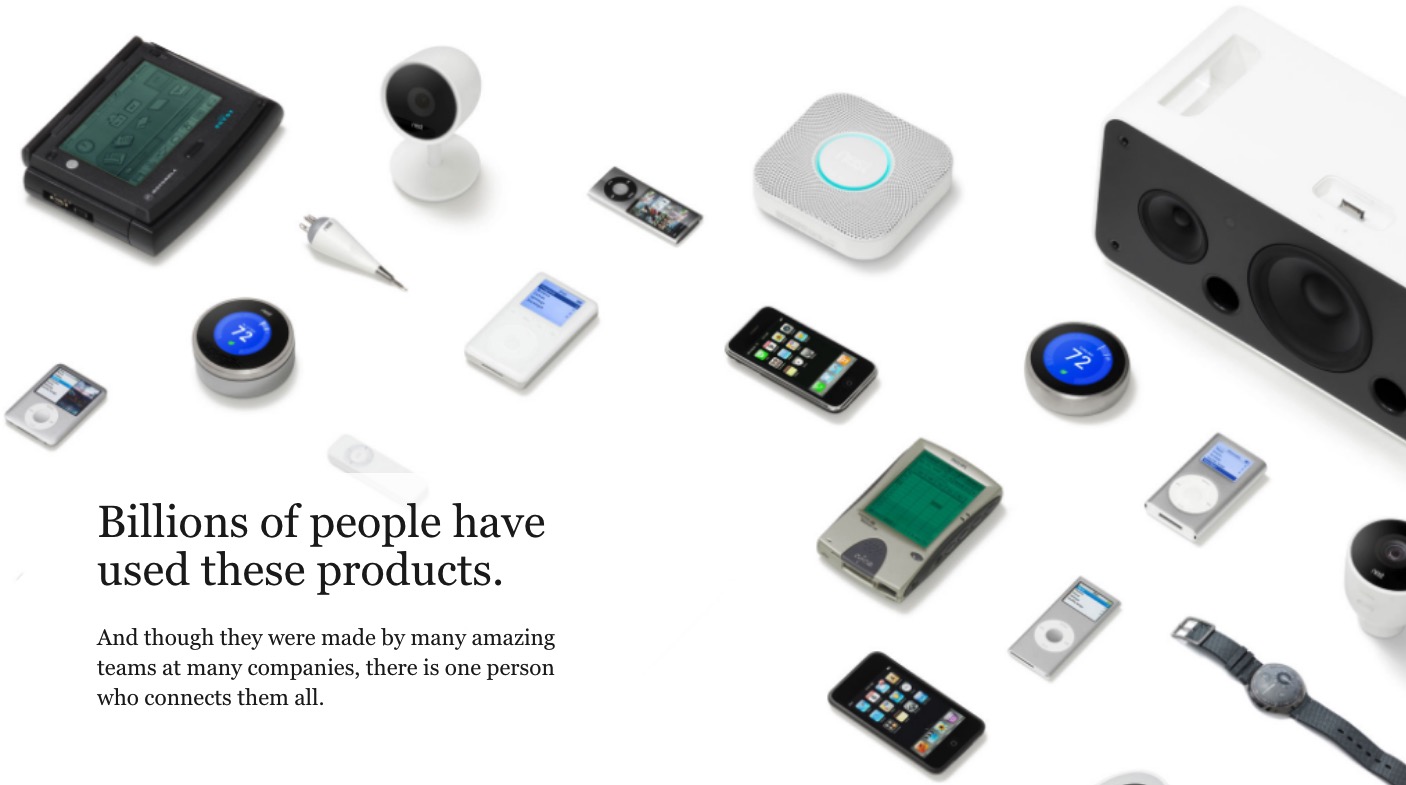 Tony Fadell, a product designer and former Apple Senior VP who is credited as being the “father of the iPod,” recently sat down for an interview with The Verge to promote his new book: Build: An Unorthodox Guide to Making Things Worth Making.

The publication described Fadell’s book as “one part memoir, one part tech industry gossip, and one part org charts and decision-making.” Build details Fadell’s 30+ years of experience in Silicon Valley and provides an interesting look into how company cultures change as businesses scale up and things get bigger.

After he left Apple, Fadell went on to co-found Nest Labs, a pioneer in the consumer smart home market. Fadell sold Nest to Google for $3.2 billion USD in 2014. He eventually departed from Google and today runs an investment firm called Future Shape.

During the interview, Fadell discussed his experience working at both tech behemoths. The product designer said Apple actually “respected” innovation and dedicated resources to new ideas during his time at the company, while Google made light of its not-at-all-insignificant $3.2 billion investment in Nest, much to Fadell’s disappointment.

Google said all the right things. Then over time — after like the first six months — it became like the Tinder Swindler. I was like, “What happened? Where is all this great stuff you said we were going to have?” It went out the window. Over time we were just one toy in the toy box. When you are bought for $3.2 billion, you would think people would actually respect and invest in the team as a new area of Google’s business. That is not how it worked.

Apple is a whole different story, at least when Steve [Jobs] was there. It was respected when you did stuff. People took note and tried to make successes. It was my mistake. I did not realize that Google had gone through many of those billion-dollar acquisitions and just let them flail. They just said, “Oh, that was a fun ride. Moving on.” There was no existential crisis because you always had the ad money tree from search. Then it was just a matter of cutting their losses, as opposed to seeing that these are real people with families, trying to do right on the mission to build this thing.

Fadell also talked about product design, saying it has to have “a lot of gut in it.” Designers need to be unapologetic about their vision for a product, using their brains while trusting their intuition. “You have got to know inside what you want to do.”

Over at Fast Company, an excerpt from Fadell’s book details what he learned from late Apple co-founder, Steve Jobs, specifically the art of telling a story to customers and using analogies to describe products.

Build: An Unorthodox Guide to Making Things Worth Making goes on sale May 3.

For those interested in more, Fadell was also recently interviewed by podcaster and entrepreneur Tim Ferriss. Check out that video below:

Another Apple-centric book, After Steve: How Apple Became a Trillion-Dollar Company and Lost Its Soul from The Wall Street Journal‘s Tripp Mickle, discusses what drove former Chief Design Officer Sir Jonathan Ive to exit Apple in 2019 and will also be available starting May 3.