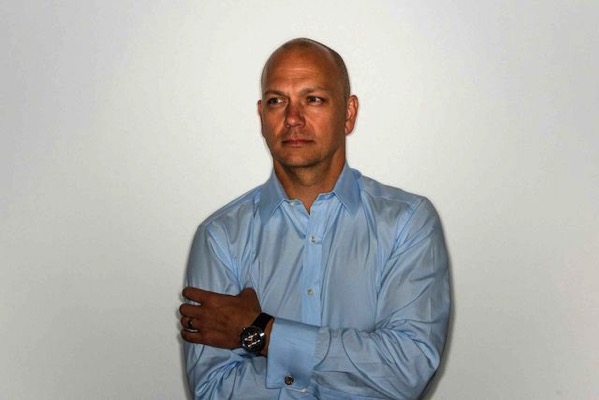 Tony Fadell, a former SVP at Apple famous for designing Apple’s original iPod as well as some iPhone prototypes, has explained why he thinks “the next iPhone” won’t be a phone at all, in an exclusive interview with Bloomberg. He also hopes that in five years, people will be spending a lot less time looking at their smartphone screens.

Max Chafkin: Apple is said to be preparing a big redesign that it’ll unveil this fall, but sales of the iPhone have been falling. Do you think consumers can still get excited about a new smartphone?

Tony Fadell: I hope it’ll be exciting, but I don’t know. Phones have become more of a game of inches. It’s just like what happened to laptops.

Do you think people are going to spend more or less time on their phones five years from now?I hope it’s less. For my family, we have tech-free Sundays. No one is allowed to use a screen.

My hope is that in the future, when you walk in the door of your home, you’ll take off your shoes, drop off your backpack, and leave your phone near the front door. You’ll be able to be one-on-one with everybody, but you’ll still have the capability, through connected devices, to be able to call up information if you need it. No more screens. We don’t need more screens.

When asked whether the kind of innovation that produced the iPhone is happening today, he said that the iPhone was one of those “Cambrian-explosion moments in technology.” He continued that today that’s happening with sensors and AI, “which imbue this kind of intelligence into things and give us self-driving, self-flying, self-floating things.”

He also hinted that he’s been working on something new since he left his smart-home company Nest in June last year, although he said that he wasn’t ready to talk about it yet.

You can catch the whole interview here.