Toronto’s PATH walkway is a network of underground tunnels, which are difficult to navigate because of lack of signage, and the fact GPS doesn’t work underground for navigation apps such as Apple or Google Maps.

To solve the difficulty of navigating the PATH walkway, Eric Rotberg created Pathmap.ca, a mobile-friendly website which helps users get directions on where to go. Users enter in where they are and where they want to go, and then the site will create a map using the PATH network, highlighting the fastest possible route. 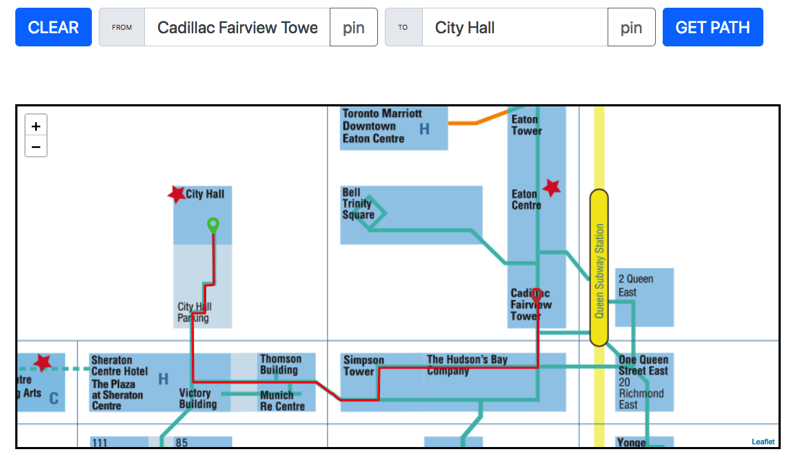 “I’ve personally experienced the frustration of getting lost in the PATH,” says 38-year old creator Eric Rotberg, speaking to The Canadian Press. “Once you’ve found your current location and selected your destination, the site calculates the shortest, quickest route to get you there.”

The 30-kilometre network is used by nearly 200,000 people daily and has 50 buildings with roughly 1,200 shops. For visitors and occasional users, the PATH map is like an underground labyrinth.

Richard Joy, executive director of Toronto’s Urban Land Institute, told the Press, “[The PATH] is a tourist trap in the literal sense. Anybody that comes down there for the first time is bound to get lost.”

According to Rotberg, he is developing iOS and Android versions of his website, which will provide audio cues for turn-by-turn directions. Unlike other major cities with underground walkway networks, Toronto has yet to adopt an official app to help pedestrians walking the PATH.

“Our vision would be to potentially partner with the City of Toronto to make the application official,” said Rotberg.

Click here to check out Pathmap.com and let us know if it helps you navigate the PATH network.