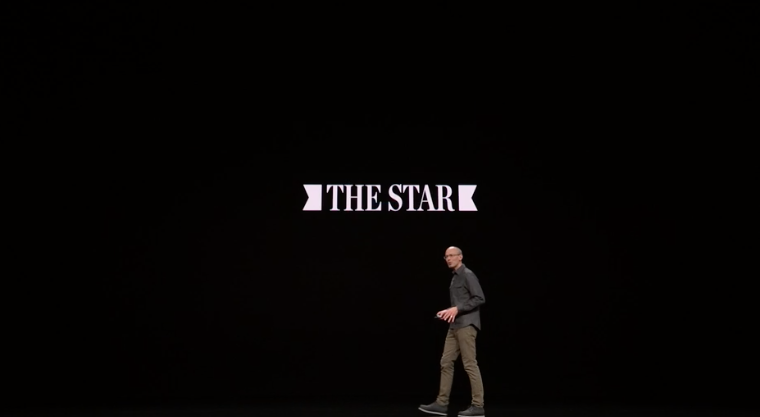 Canadians finally got their hands on the Apple News app yesterday—officially—which includes the new premium Apple News+ subscription for $12.99 per month, which includes magazines and also access to the Toronto Star.

If you’ve been trying unsuccessfully to find all the articles from the Toronto Star in Apple News+, you’re not going crazy. It’s because The Star has confirmed its entire digital subscription won’t be part of Apple News+.

Speaking with The Canadian Press, spokesman Bob Hepburn confirmed some articles from the Toronto Star’s own digital subscription are not available in Apple News+, specifically those from the iPolitics column. No other details were provided.

As for why the Toronto Star decided to jump on board with Apple News+, Hepburn gave three reasons, saying “First of all, we’re going to be paid for the content that appears on Apple News+ unlike (with) the other tech giants that use our content without paying.”

Secondly, he said inclusion in Apple News+  “complements our push to build a recurring revenue business which, in print publications, is critical.”

As for the last and final reason, Hepburn said The Star content would be “available to millions and millions of new readers who don’t normally see our content.”

Other Canadian news organizations part of Apple News+ include Corus’ Global News, along with Bell Media’s CTV, TSN and RDS, while French publications from Quebec include La Presse and Le Devoir.

On stage at Apple’s special event yesterday in Cupertino, California, Roger Rosner, Apple Vice President of applications, announced Canada would be part of the Apple News+ launch, alongside the United States.

“We’re adding over 30 great Canadian magazines in Apple News+, along with the top newspaper in Canada, The Star,” said Rosner.

Apple Canada’s website says “Enjoy daily news from Canada’s largest local newspaper,” in a section detailing the Toronto Star. It doesn’t mention there won’t be access to all articles.

So there you have it folks. If you’ve been trying to find iPolitics articles from The Star within Apple News+, they aren’t available.

Netflix has announced it will be making its own ‘world class’ games studio, to be established in Helsinki, Finland, led by Marko Lastikka as the studio director. Amir Rahimi, VP of Game Studios, Netflix, said on Monday this move “is another step in our vision to build a world-class games studio that will bring a variety […]
Gary Ng
18 mins ago