How to Track Santa Using Your iPhone, iPad and the Web

While we all know Santa is real and yet we never seem to catch him when he delivers presents, we can now at least track him in real-time on our iPhones, iPads, the web, and just about any other device with an internet connection. 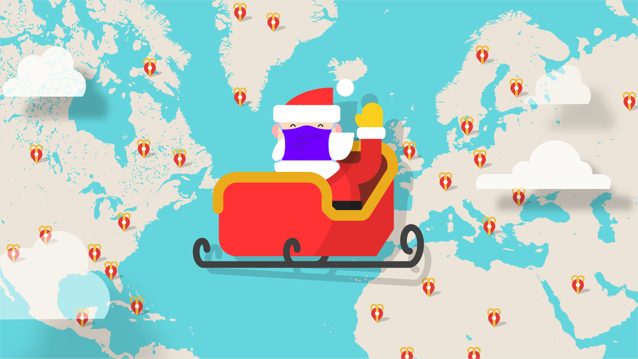 All you need to do is visit Google’s Santa Tracker which will tell you how long it will take old Saint Nick to reach your house, along with detailing how far away he is and how many gifts have been delivered. The tracker also lets you keep an eye on Rudolph’s distance travelled and current weather conditions.

For those who aren’t familiar, Santa Tracker was launched by Google in 2004, with a team of 20 or so Googlers volunteering to help make it happen every year ever since.

Some years the Santa Tracker team adds lots of new functions and fun interactions, and other years they simply tweak what’s already there.

Just like last year, Santa will be wearing a mask to protect himself and others. Also this year, when you ask “Where is Santa?” on Search, you’ll see a fun surprise (no spoilers). Try it out and tell us what you think.