Turn Your iPhone into an iPod Classic With New ‘Rewound’ App

Last month, we reported that an app is being developed by Elvin Hu from Cooper Union college in New York City, that turns the iPhone into an iPod Classic but now, we have a fully working app by the name of ‘Rewound’ that has recently been released in the App Store by Louis Anslow of Rethought agency (via The Verge).

Rewound, which took Anslow nearly a year to develop, is a basic music player app that uses downloadable skins to transform the app into an iPod. The app syncs to your Apple Music library and also includes haptic feedback to make it feel like a classic iPod as well. 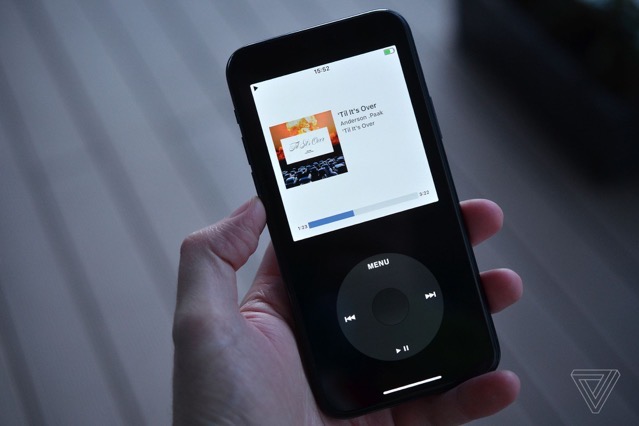 “You can program the physical appearance of a device,” said Anslow in an interview. “It could become anything.”

The way the app has been built has allowed it to be published in the App Store, as skins are simply downloaded after the app is installed.

Rewound only supports Apple Music right now, but there are plans to support Spotify in the future. Anslow tells The Verge that he’s even working on an iOS widget that will work as a mini-player. Perhaps you’ll be able to have an iPod Nano accessible from the lock screen.

You can grab the app right now using the following App Store link.