Turo Launches Car-Sharing App in B.C., Has Over 65,000 Registered Users 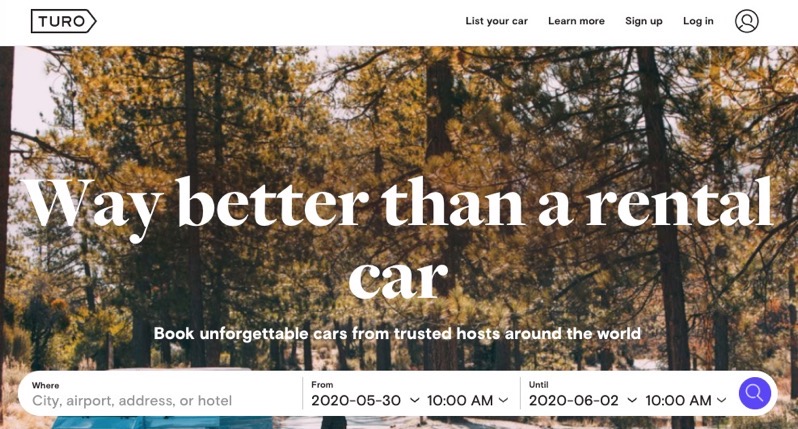 In late May, Turo announced it was ready to launch in B.C., after securing insurance coverage from ICBC. The company says insurance from ICBC covers “$2-million liability insurance and physical damage up to the full value of the car, with no deductible for the host and no impact on personal insurance premiums.”

“We are thrilled to finally be making peer-to-peer car sharing a reality in B.C.,” says Cedric Mathieu, VP and Head of Canada at Turo, in an issued statement to iPhone in Canada. “In other provinces, tens of thousands of car owners rely on Turo to offset the high cost of car ownership and cover the cost of car payments, maintenance, parking and insurance,” says Mathieu.

Turo says there are currently over 65,000 users signed up for the service already in B.C., and over 200 cars listed in the province as of June 16th, ranging from the likes of a Tesla Model 3, Mini Cooper, Subaru WRX or Audi Q5.

The service says it performs “extensive screening” of guests to ensure hosts have responsible drivers renting out their vehicles, such as verifying identity, age, driver’s license validity and “other risk signals”. All trips include 24/7 roadside assistance and support seven days per week.

With COVID-19, Turo says there are new safety policies in place, such as enhanced cleaning and disinfection guidelines for hosts, to go with contactless check-ins and no-charge cancellation for drivers.

“We are proud to bring this opportunity and play our part in making British Columbia a more affordable place to live in,” added Mathieu, with the company noting hosts in other provinces earn on average $620 per month sharing their cars on Turo.