Accessory maker Twelve South has announced the launch of its newest product, AirFly, which lets you connect any wireless headphones—such as Apple’s AirPods—to a wired headphone jack.

AirFly is a small unit about the size of a matchbook with a wired out 3.5mm jack, that you can plug into any in-flight entertainment system or gym equipment, to then listen to audio with your wireless Bluetooth headphones. 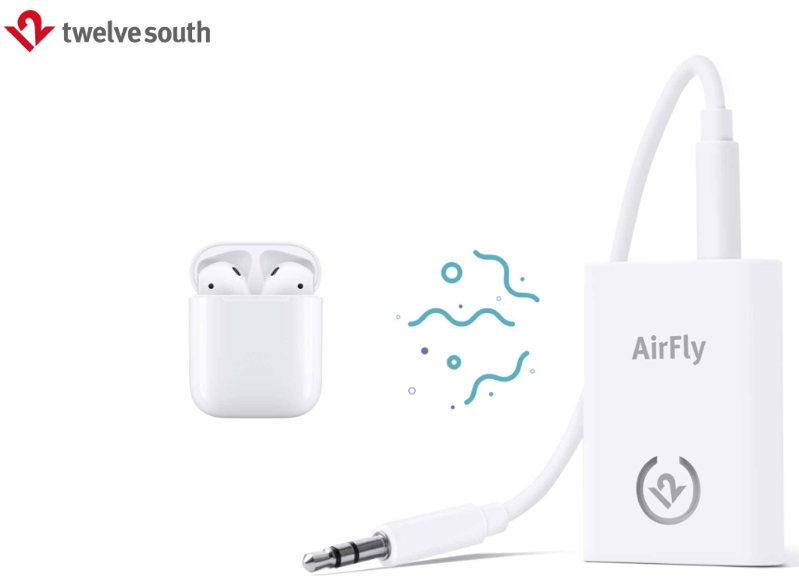 Twelve South says the unit’s built-in battery lasts up to 8 hours and charges via its included USB cord. The AirFly can be used and charged at the same time and comes with carrying pouch. 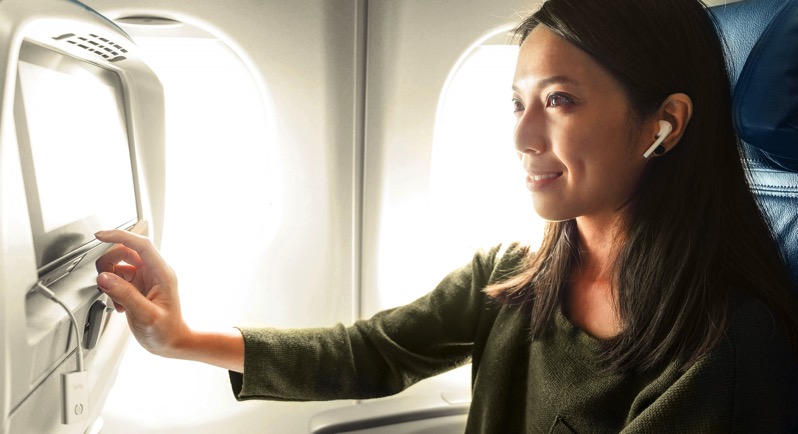 Check out their promo video below:

This clever unit is for people who have always wanted to listen to AirPods while at the gym or on a flight, instead of using wired headphones.

AirFly retails for $39.99 USD and is available from Amazon.com and Twelve South’s website.