Twitter has announced that starting today, it will begin rolling out its new verification application process and will start reviewing public applications for verification on its platform. 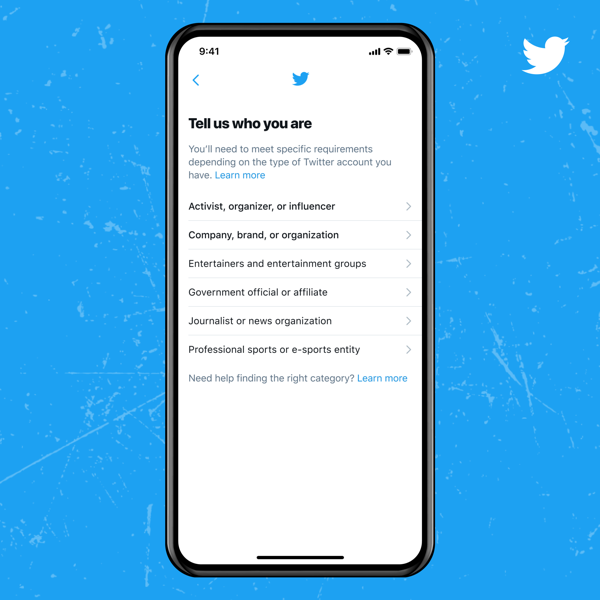 “Today’s application rollout marks the next milestone in our plans to give more transparency, credibility and clarity to verification on Twitter,” notes the company. Twitter has also shared more information about the new application process.

To qualify for verification, you must fit the criteria of one of the six categories listed below:

In addition to the category-specific eligibility criteria outlined in our verification policy, your account must be complete, meaning you have a profile name, a profile image and either a confirmed email address or phone number.

Your account must also be active within the last six months and have a record of adherence to the Twitter Rules.

Twitter says over the next few weeks, everyone will start to see the new verification application directly in the Account Settings tab.

Uber is getting back into the robotaxi business. Not long after selling off its autonomous vehicle research division to a startup named Aurora, the transportation app is partnering with Motional. In a 10-year agreement, Uber will work with Motional to provide autonomous rides and deliveries. Based on the initial deal, Uber is utilizing Hyundai's autonomous...
Steve Vegvari
31 mins ago