Twitter Blue Annual Subscription Plan is in the Works: Report 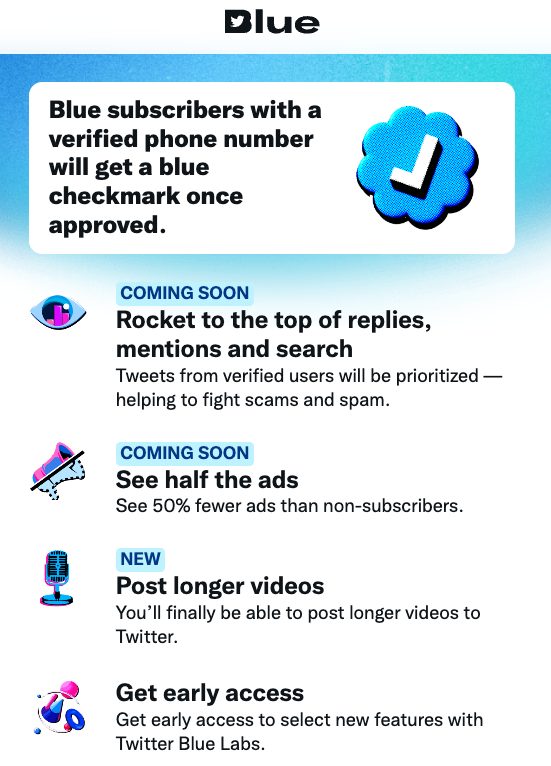 Twitter Blue is the social network’s subscription plan that now offers a blue verified checkmark “once approved,” along with other benefits that are coming soon.

Twitter Blue costs $10 CAD/month on the web, but $15 CAD/month on iOS right now (the higher price is to offset Apple’s subscription cut). That’s a $60 difference per year to subscribe on the web instead of going through an in-app purchase from Apple.

What will Twitter Blue’s annual subscription pricing be at? It has to be cheaper than the monthly plan, so expect it to work out below the $10 CAD/month pricing right now.

Eventually, original users verified under the old Twitter method will have to pay to retain their blue checkmark. An annual subscription plan for Twitter Blue released when this happens would be timely, to get users to pay the yearly fee upfront to save a few bucks, while adding to Twitter’s annual revenue stream, and to help keep the lights on for Elon Musk’s $44 billion purchase.