Twitter Circle Launches on iOS, Android and the Web for Everyone 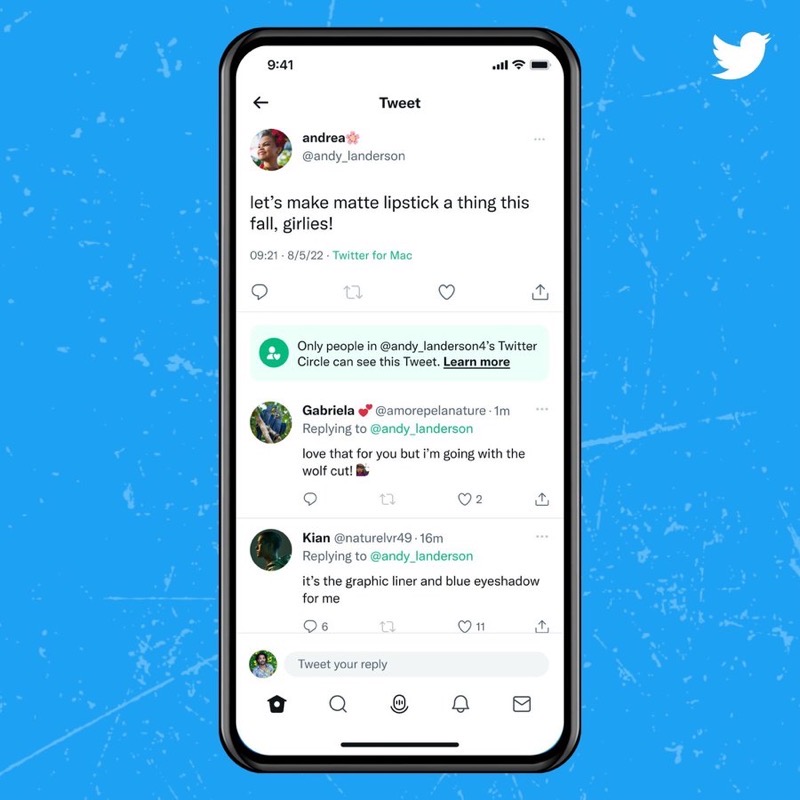 Twitter began testing its new Circle feature back in May, a feature that lets you tweet to a small group of people or friends, up to 150 accounts.

On Tuesday, Twitter announced Circle is now available for everyone on iOS, Android and the web worldwide.

“With Twitter Circle, people now have the flexibility to choose who can see and engage with their content on a Tweet-by-Tweet basis. This makes it easier to have more intimate conversations and build closer connections with select followers,” explains the social network.

Circles let you include up to 150 people and you can change who’s in or out at any time. Tweets in your circle have a green badge underneath and discussions are private to those inside the circle.

After testing Circle in May, Twitter said the “response was overwhelmingly positive,” which is why they are now making this “highly-requested feature” for everyone globally on mobile and desktop.

“We want to ensure everyone on Twitter has the choice, control, tools, and transparency to join the conversation how and when they want, and Twitter Circle is another important step in that direction,” says the social network.

Twitter Blue has once again been working on bringing its edit button to the fold. In a new tweet, the premium subscription of the social media platform shows off how the edit function will work both in terms of the user tweeting as well as the general audience seeing the changes. Earlier in September, Twitter...
Steve Vegvari
45 mins ago