Twitter’s upcoming new ‘Flock’ feature is taking cues from Instagram’s Close Friends, which will allow users to curate a list of people to send certain tweets out to. Previously called “Trusted Friends,” the feature is now being referred to as Flock (via Input Magazine). 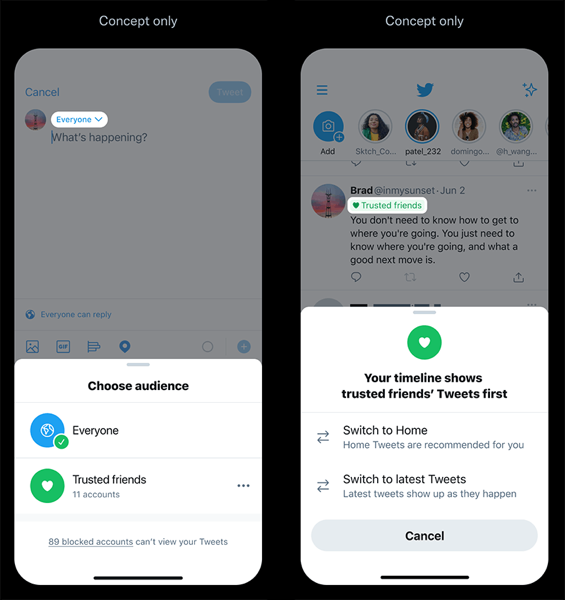 Developer Alessandro Paluzzi has recently discovered the code in the latest Twitter app and has confirmed that Flock, which was first teased by Twitter in July last year, is still in development. Paluzzi says the feature will allow users to add followers to a list and later send out tweets exclusively to those people.

“New details from Paluzzi’s reverse-engineering include the 150-person list limit and the fact that people on your list will not be notified if you remove them. The back-end code also reveals what appears to be a notification you’ll receive when someone adds you to their Flock. What that notification will actually look like is unclear.”

Twitter has yet to confirm any details about the Flock feature except for July’s preview.