Twitter has today announced that it is expanding the types of political accounts it labels to include those of key government officials and state-affiliated media entities. The company is starting with a limited and clearly-defined group of countries before expanding to a wider range of countries in the future. 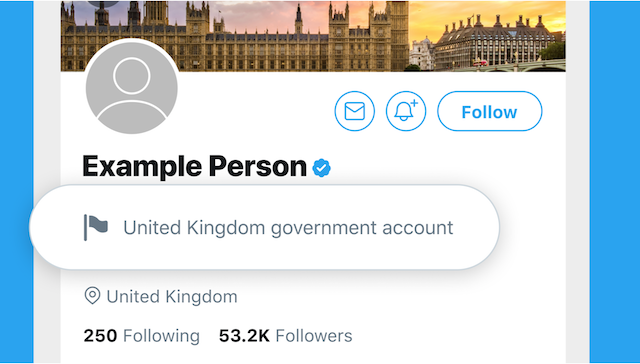 Twitter says its new labels will only be applied to accounts from the countries represented in the five permanent members of the UN Security Council: China, France, Russian Federation, the United Kingdom, and the United States.

Twitter will not be labeling the personal accounts of heads of state, as these accounts enjoy widespread name recognition, media attention, and public awareness. However, institutional accounts associated with their offices that changeover depending on election results will be labeled.

We will add new labels to the following categories of Twitter accounts:

Twitter will also no longer amplify state-affiliated media accounts or their Tweets through its recommendation systems including on the home timeline, notifications, and search.