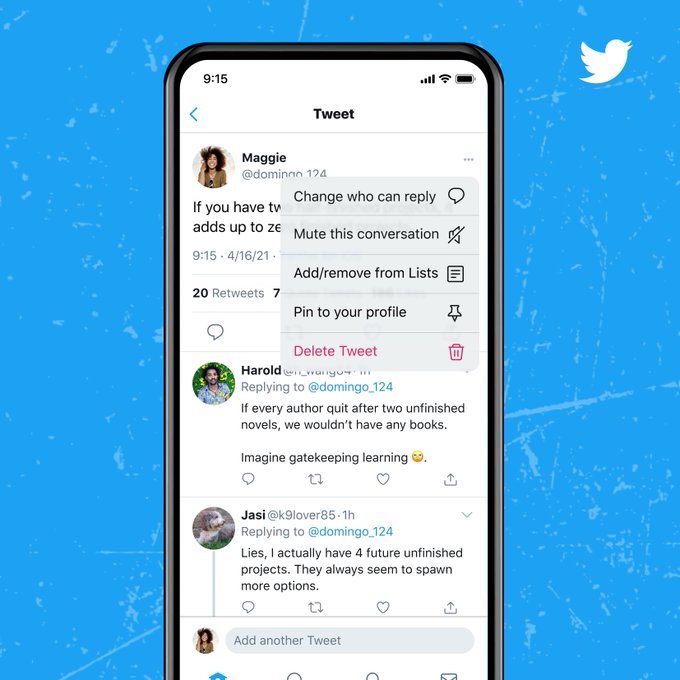 Back in August 2020, Twitter changed the way conversations could be made on its platform, by allowing users to pick and choose who could reply to your tweets.

At the time, Twitter added options for the following to reply to you: Everyone, People you follow and Only people you mentioned.

This setting had to be decided prior to your tweet, with no option to edit after the fact. But starting today, Twitter has announced users can now “change who can reply to you even after you tweet.”

Your Tweets = Your space. Now you can change who can reply to you even after you Tweet. https://t.co/rNWJk6zWTr pic.twitter.com/3HFSjAotg7

All you have to do is tap the three dots menu on your existing tweet, then tap the option ‘change who can reply’ and select one of the previous three options.

A Twitter Canada spokesperson told iPhone in Canada in an email this change will “empower people to customize their experience on our service and control the conversations they start.”

“This update could benefit people who may Tweet something that receives unexpected attention and unwanted replies. We’ve learned Conversation Settings help some people feel safer by limiting these unwanted replies so they can participate in more meaningful conversations, while still allowing people to see different points of view,” added the Twitter Canada spokesperson.

This new change to Twitter is now available globally, and is available on iOS, Android and the web.