Twitter this morning announced a new feature for the social network: the ability to create polls “with just a couple of taps,” to allow your followers to sound off any topic of your choosing.

The company explains the feature is “a new way to engage with Twitter’s massive audience and understand exactly what people think. For those participating, it’s a very easy way to make your voice heard.”

A new ‘poll’ icon will soon become available within the iOS app to allow users to compose a two-choice poll, which will stay live for 24 hours, with votes remaining anonymous. 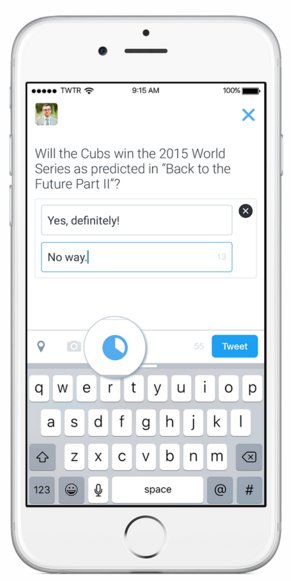 The company explains via email the feature “will be available on all accounts globally in the coming days.”

Poll: Are Twitter Polls a good idea? Yes or no?

Taiwan Semiconductor Manufacturing Co. (TSMC), Apple’s primary chip supplier, will also produce advanced 4-nanometer chips at its $12 billion USD under-construction manufacturing facility in the U.S. state of Arizona — reports Bloomberg. The information comes from people with knowledge of the matter, who said TSMC will announce the new plan next week during a ceremony at...
Nehal Malik
19 mins ago