Twitter has today announced the launch of a new ‘Promoted Trend Spotlight’ feature, that allows marketers and advertisers to add the power of video to their 24-hour promoted trends on Twitter’s Trends list. 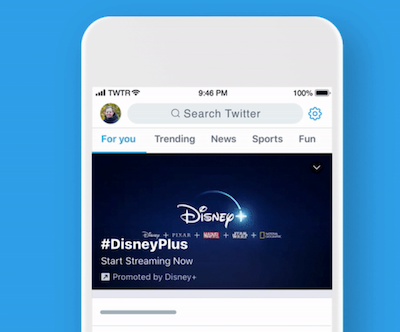 Twitter’s Trends list is where advertisers have the opportunity to insert themselves directly into organic discussion already happening on the social platform since Promoted Trends can interact similarly as any other trending topic.

The new Promoted Trend Spotlight supports 6-second videos and GIFs, as well as static images. According to Twitter, the ad will appear at the top of the Explore tab for the first two visits per person, per day. After the initial two visits, the placement moves to the standard Promoted Trend placement:

This takeover ad placement pairs the undeniable stopping power of video with the premium real estate of Twitter’s Explore tab.

For more information on Promoted Trend Spotlight and its availability and pricing, visit this page.