Twitter has today announced on its official blog in Brazil that it has started testing a new Stories-like sharing format called “Fleets” which allows users to post content that disappears after 24-hours (via TechCrunch). In contrast to regular Tweets, Fleets can’t receive Likes, Replies or Retweets. 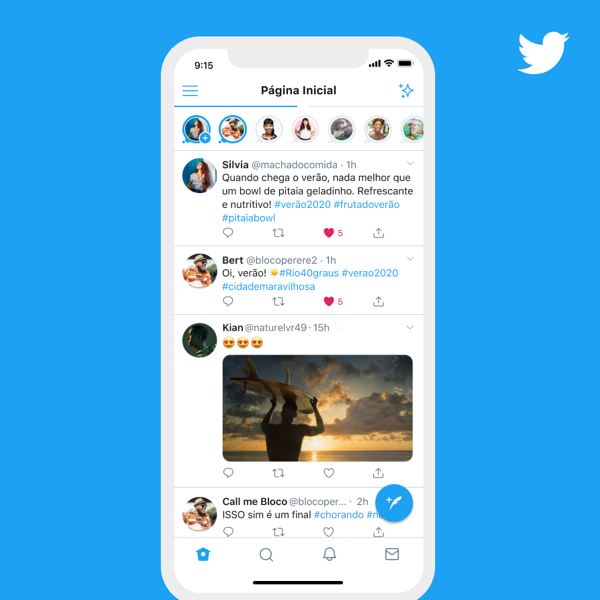 Select Twitter users in Brazil who get to test the new Fleets feature will see rounded profile icons right at the top of their Timeline on Twitter’s mobile app, making it immediately recognizable as a Stories feature. Users will simply click on the “+” button to compose their Fleet.

The composer interface is more bare-bones than what you’d find on rival social networking sites. Twitter says that’s to reflect its product’s text-centric nature. However, users are able to add photos, GIFs and videos to a Fleet, even if fancy editing tools are not available.

Users can also post multiple Fleets, which viewers will move through using gestures.

Twitter says it will use the Brazil test to better understand if Fleets help users become more comfortable sharing on its platform.