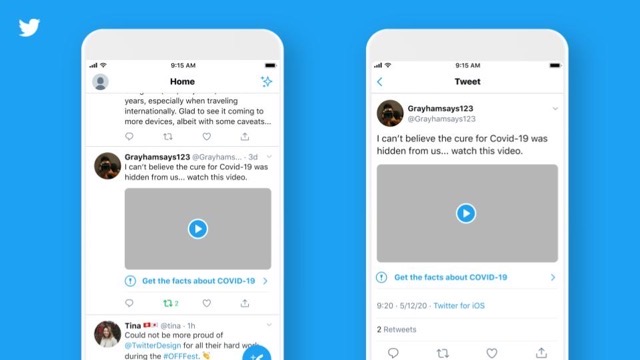 Twitter says the labels will also apply to Tweets sent before today and will link to a Twitter-curated page or external trusted source containing additional information on the claims made within the Tweet.

Moreover, warnings may also be applied to some Tweets depending on the type of misleading information contained in them. These warnings will inform people that the information in the Tweet conflicts with public health experts’ guidance before they view it.

While false or misleading content can take many different forms, we will take action based on three broad categories:

Misleading information — statements or assertions that have been confirmed to be false or misleading by subject-matter experts, such as public health authorities.

Disputed claims — statements or assertions in which the accuracy, truthfulness, or credibility of the claim is contested or unknown.

Unverified claims — information (which could be true or false) that is unconfirmed at the time it is shared.

Twitter notes that it will also prioritize review and labeling of content that could lead to increased exposure or transmission.