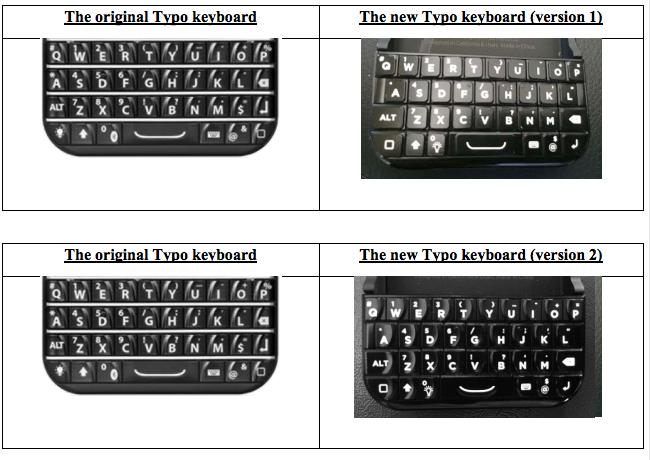 Ryan Seacrest’s company Typo, which sold thousands of BlackBerry-style keyboards in defiance of a court order, is now facing contempt charge, GigaOM is reporting. The judge had ordered Typo to stop selling a keyboard for iPhone because the product appeared to violate BlackBerry’s patents. The company is now facing contempt of court proceedings after BlackBerry showed that Typo has been selling keyboards in violation of the earlier order.

“I am very concerned with what appears to be deliberate contempt of the preliminary injunction by Typo,” wrote Orrick, pointing out that the company shipped around 15,000 keyboards despite the ban. The judge imposed the ban in April after finding that the Typo design likely violated three of BlackBerry’s patents.

The bulk of the illegal shipments involved Typo sending keyboards to foreign retailers in Canada, the Middle East and Asia. The judge, however, also called attention Typo’s sale of 4,008 units to a company related to SMI Investments after the injunction was ordered but before it took effect — suggesting that Typo was illegally working in concert with SMI to skirt the order.

According to the ruling, Typo also illegally provided around 400 replacement keyboards to existing customers in the United States. The judge also rejected Typo’s claims that the sales were not covered by the ban, calling its arguments “mistaken” and “beside the point.”

The judge has now said that BlackBerry should continue investigations into Typo’s sales practices in order to obtain a so-called “show cause hearing”, a legal process that sets the groundwork for a contempt of court order.