With the new allergy-friendly filters, Uber Eats Canada wants to make eating more inclusive for everyone. Instead of making a note in the ‘Special Instructions’ section, Uber Eats users in Canada can now clearly identify any allergies or dietary restrictions through the new ‘Allergy’ section on the app. 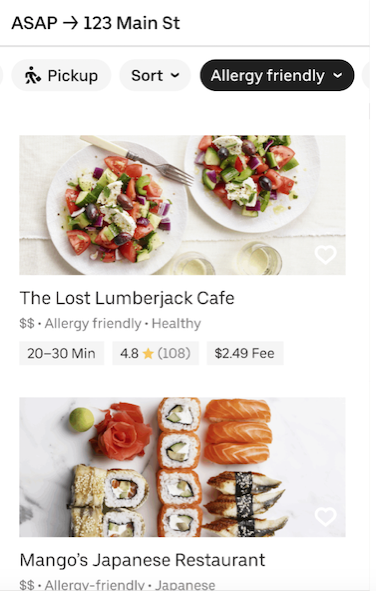 The new feature also lets customers filter through restaurants based on their dietary preferences. Moreover, restaurant partners can now clearly identify any allergies as well and ensure they are taking the necessary precautions.

The new feature will be rolling out globally in the coming weeks.