As part of its urban mapping program, Uber Canada has just announced a significant investment in British Columbia. Over the next few weeks, up to 25 Uber mapping cars will be on the roads collecting mapping imagery across Metro Vancouver. British Columbians will be able to get around their communities seamlessly with enhanced maps in future, that will offer more precise pick-up and drop-off locations for rides and delivery. 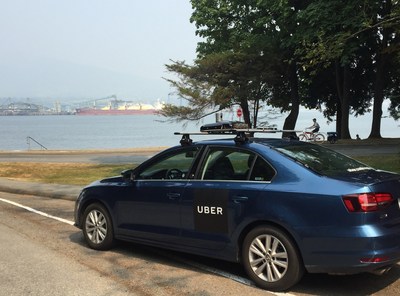 One of the key technologies behind every successful Uber ride is mapping. While existing maps are a good starting point, there are other things Uber needs to know a lot more about, like traffic patterns, building entrance locations, and precise pickup and dropoff locations. “The street imagery captured by our mapping cars helps us improve core elements of the Uber experience, like ideal pick-up and drop-off points and the best routes for riders and drivers and delivery”, said Ramit Kar, Uber Western Canada General Manager.

“The ongoing need for maps tailored to the Uber experience is why we’re doubling down on our investment in mapping. Over the past decade mapping innovation has changed our daily life. That progress will only accelerate in the coming years especially with technologies like self-driving cars,” stated Manik Gupta, Head of Product, Maps at Uber.

“As we prepare to bring ridesharing to British Columbia, we are making this investment now to ensure that we can best serve the people that will rely on Uber to earn and get around their communities”.

Back in June, Uber announced similar investments in Alberta and Quebec, in order to improve mapping for their services.