Uber May Soon Be Legally Allowed to Operate in Vancouver

According to a report by CBC News, proposed taxi reforms in Vancouver may soon allow services like Uber to operate in the city. Andrea Toma, chief license inspector for the City of Vancouver, said, “We want to move forward. We want to move forward on what the industry could do”. While the San Francisco-based Uber ride sharing service currently operates in over 200 cities worldwide, it is not yet legally allowed to operate in Vancouver. 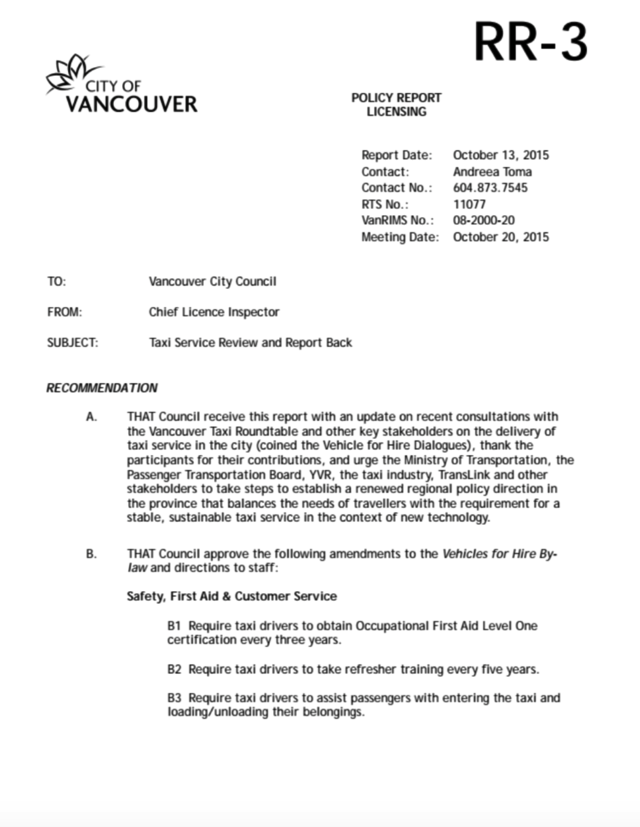 The source notes that Uber actively participated in the consultations leading up to the Vancouver city staff report, that now includes 21 recommendations for the city’s taxi industry. The report refers to the improvements other cities have seen that have welcomed Uber, while also highlighting the fact that the rideshare model poses “both opportunities and concerns for regulators.”

“On one hand rideshare companies represent a leap forward in taxi supply and service,” read the report, which noted that the public has expressed a desire for companies like Uber. “There is evidence that the significant increase in supply has resulted in shorter wait times, lower fares, and higher customer satisfaction.” The report recommends the city continue to “examine the issues and opportunities for rideshare in Metro Vancouver” with key stakeholders.

But public safety is still a concern for the city, as well as how it would impact the taxi industry.

Toma however said that a lot more work and consultation needs to be done because a lot of different stakeholders are involved.