Uber has today highlighted its deep share into the local taxi market by announcing that its Ottawa drivers have made over 150,000 trips during the month of September. According to Uber Canada’s GM Ian Black, the results after a year of operations in Ottawa are better than what the ride-sharing service expected before hitting the road in October 2014. “Ottawa was one of our fastest launches ever in North America,” Black said in an interview with the Ottawa Sun. 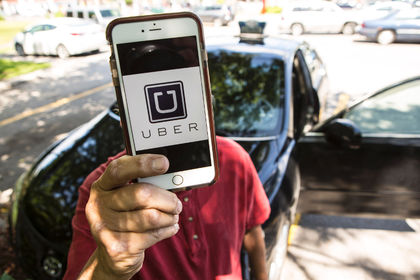 Mr. Black noted that based on Uber’s growth trends in the U.S., that company has the capability of registering 1 million rides per month in Ottawa. The company’s September stats mean Uber made 5,000 trips daily, on average, as compared to the total local taxi industry estimates of around 20,000 trips per day. “Very clearly the product hit a need in the city, so it took off much faster than expected”, Black said. However, Amrik Singh, president of the Ottawa taxi union, thinks the numbers provided by Uber are inflated.

“That’s not true,” Singh said of the figures. Uber drivers in Ottawa wouldn’t make much money on three trips each per day, Singh noted. According to Uber, its drivers collectively raked in $1.26 million over the past month. Uber’s ride stats also expose City Hall’s problem enforcing its own bylaw when the rules are being broken thousands of times each day.The city simply doesn’t have the manpower to charge Uber drivers. Sometimes a month goes by without a single charge.

Mr. Black also revealed that in Ottawa, there are about 50,000 people signed up as Uber riders and more than 1,500 people driving for the company.