Ubisoft has just confirmed that its Ubisoft+ gaming subscription service is coming soon to Xbox users. Currently available to PC users only, the subscription offers access to more than 100 Ubisoft titles at a single monthly cost.

At the same time, the developer has also announced that Rainbow Six Extraction will be a day one addition for Xbox Game Pass and PC Game Pass members, allowing them to play on Xbox consoles and PC right from the game’s launch on January 20. 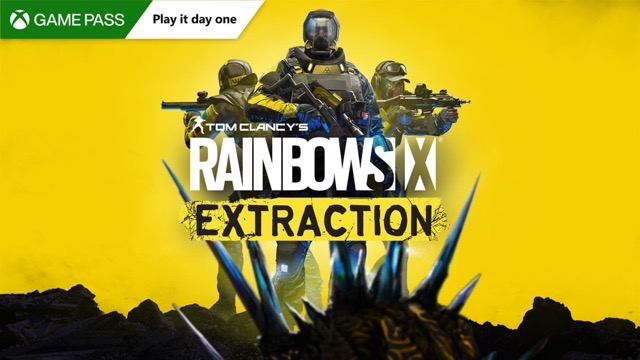 Rainbow Six Extraction is a co-operative PVE experience that places players in the shoes of well-known Rainbow Six Siege operators with up to three friends, facing off against a mysterious alien menace that threatens life on Earth.

“Rainbow Six Extraction for Xbox Game Pass and PC Game Pass members is just the beginning. Ultimately, we will offer the Ubisoft+ subscription service to Xbox owners so that they can enjoy the full extent of our Ubisoft+ game library, including new releases, on their consoles.”

Netflix has announced today they are rolling out the ability to great game handles, which are public usernames that can be used across the company’s slate of mobile games on iOS and Android. Supported games will have leaderboards such as Rival Pirates, Dominoes Café and Lucky Luna. How to create your Netflix game handle? It’s […]
Gary Ng
18 mins ago

Apple today started rolling out iOS 16.1 beta 3 for developers, with a public release of the build expected soon. YouTuber zollotech rounded up all of beta 3's changes in a recent video. iOS 16.1 beta 3 comes with a modem update that could resolve connectivity issues for users that were facing any, and other notable...
Nehal Malik
22 mins ago