How to Use Sound Recognition on Your iPhone, iPad [VIDEO]

Did you know that your iPhone can continuously listen for certain sounds, such as a crying baby, doorbell, or siren, and notify you when it recognizes these sounds? Well now you do, and here’s how you can use this handy feature. 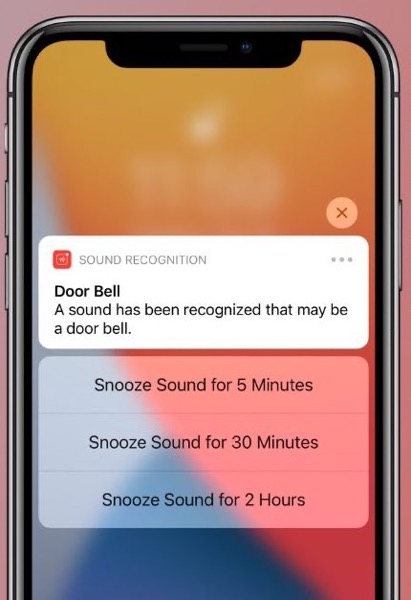 All you need to do is turn on the built-in Sound Recognition feature in iOS 14 to receive notifications when your iPhone or iPad detects certain sounds.

To enable the feature:

To quickly turn Sound Recognition on or off, you can also use the Control Center.

Note: Don’t rely on your iPhone to recognize sounds in circumstances where you may be harmed or injured, in high-risk or emergency situations, or for navigation.

Apple has just shared a new support video on YouTube explaining how you can use SharePlay to listen to music and watch TV and movies with your friends while chatting about it in Messages. SharePlay, a feature that lets people share experiences right inside FaceTime on iOS and iPadOS, is now available via Messages as...
Usman Qureshi
11 mins ago