Apple has replaced the home button functionality on iPhone X with gestures, such as swiping up to go home, which according to most users, feels like second nature after just a few days of using the phone. However, if you still feel the need of having a home button on your shiny new, OLED-display iPhone, you can at least have a virtual one. 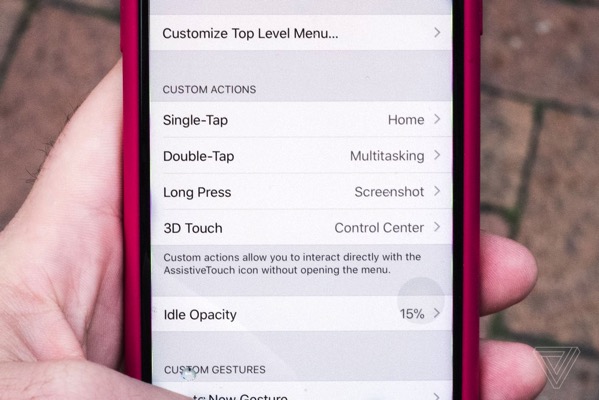 Turns out a simple built-in iOS feature called AssistiveTouch in the iPhone’s accessibility settings (under the “general” section), lets you put a virtual home button on your screen that you can drag wherever you want. You can configure the button to perform four different actions based on whether you tap, double tap, 3D Touch, or hold it down.

To enable the virtual home button on your iPhone X, here’s what you need to do (via The Verge):

Go to Settings on your iPhone X.

Now tap General and scroll down to AssistiveTouch.

Simply flip the toggle to enable the feature.

Once done, you will see a virtual home button appear on you screen, which can be dragged anywhere and is fully customizable.