Last week, Valve rolled out its Steam Link app for Apple TV and iOS devices as a free download in the App Store, allowing gamers to enjoy their Steam library of games on Apple devices while connected to a host computer running Steam over the same network. 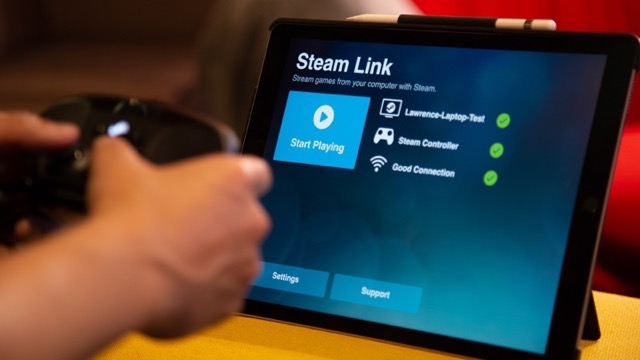 According to Sensor Tower’s Store Intelligence data, over 330,000 users have installed the iOS version globally since then pushing total downloads of the app, including the Android beta launched last year, beyond two million worldwide.

Majority of iOS downloads for Steam Link so far have come from China and Japan, with those countries accounting for 57% and 14% of downloads respectively. The United States is a distant third at about 6% of iOS installs:

Looking at the Android version on Google Play, the app’s installed base there is predominantly U.S. based, with 22 percent of the app’s nearly 1.9 million downloads of the platform originating there. Total U.S. installs of both the iOS and Android version stand at an estimated 430,000 to date.

Since its launch on iOS a week ago, the Steam Link for both platforms has been installed approximately 52,000 times per day on average.

If you haven’t already, click here to download Steam Link for iOS in the App Store. For best performance, Steam recommends a wired ethernet connection to your 5Ghz wireless router and iOS devices connected to the 5Ghz band of the same router.