Vancouver City Councillor Geoff Meggs says he wants to ban people from texting while crossing the street, as he tells CBC News it “makes common sense.” The move would follow in footsteps of what’s set to happen in Toronto.

Meggs explained “We drop really hard on drivers who text while they’re driving. I think people in the roadway should not be texting, they should be paying attention to traffic.”

The councillor explained the city wants to drop pedestrian fatalities to zero, as existing efforts already in place attempt to make roads safer for pedestrians, such as the lowering of speed limits in areas where accidents are high. 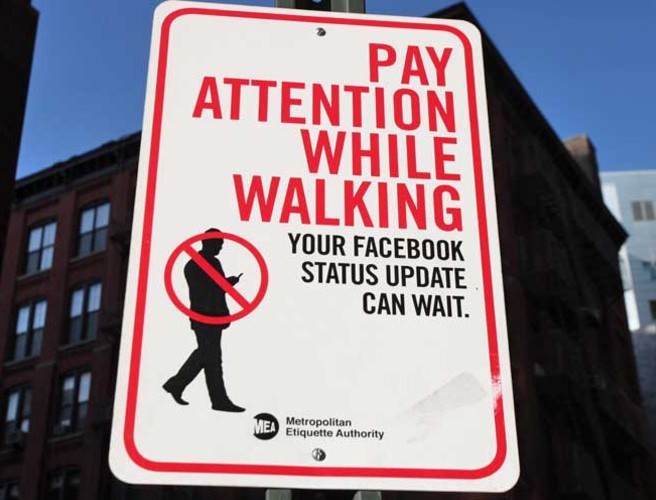 In Toronto, a recent motion was passed to ask the province’s Minister of Transportation to revise the Highway Traffic Act to ban pedestrians from texting while on any travelled portion of roadways. Minister Steven Del Duca said the province has no plans to amend the Act, despite the request.

In the end, Toronto city council was informed permission from the province was not required to introduce municipal bylaws banning texting while walking. Councillor Frances Nunziata said city staff would be investigating all options to debut a municipal bylaw.

Proposing laws against texting and walking aren’t uncommon. Earlier this year, New Jersey in the U.S. proposed a “distracted walking” measure, which would make it illegal to walk and text, placing fines of up to $50 or 15 days in jail.

What do you think? Should the Vancouver and Toronto make it illegal to text and walk on roadways? Shouldn’t people just do that on their own, anyways?