Wunderlist has announced today it now supports sync to your calendars, with support for Google Calendar, Outlook Calendar and iCal to name a few. 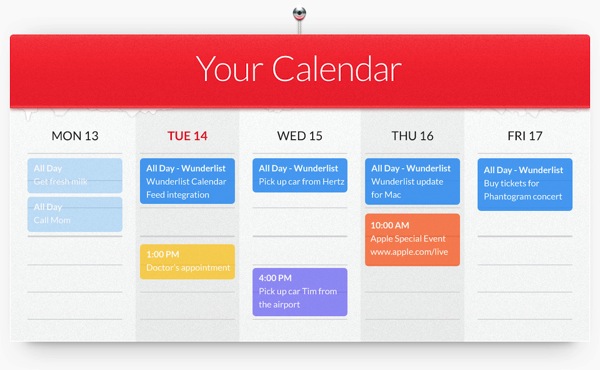 How to setup Wunderlist Calendar Sync?

1. Visit https://www.wunderlist.com/webapp then head to your Account Settings to get your Calendar Feed link by scrolling down and copying it.

2. Now all you have to do is subscribe to your Calendar Feed link in your calendar of choice.

Wunderlist says calendar sync will soon add the option to set it up from your smartphone or tablet, plus the ability to create to-dos in your calendar and have them sync to Wunderlist.

Wunderlist 3 for iOS was launched earlier this summer and brought a new design plus real-time sync. It’s a free simple to-do app that can be accessible from anywhere, and it’s currently our app of choice.