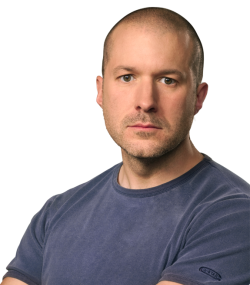 Ive spent most of the interview describing how Apple’s design process works and he also took the opportunity to criticize some companies for copying Apple. Vanity Fair editor Graydon Carter also asked Ive about Apple’s recent product announcements, including the iPhone 6 and 6 Plus and the Apple Watch.

The designer also talks about his daily routine, noting that the design team at Apple only contains about 17 people, most of which have been on the team since the beginning. He also notes that not a single person has “voluntarily left” his team during the time he has been there.

During the question and answer portion following the interview, Ive was asked if he felt flattered that Chinese phone manufacturer Xiaomi’s smartphone designs are similar to the iPhone. Here is how he responded:

“Honestly there is a danger that I’ll sound a little bit harsh, and perhaps a little bit bitter, because I actually don’t see it as flattery. I’m just talking about this issue in general — I actually see it as theft.”