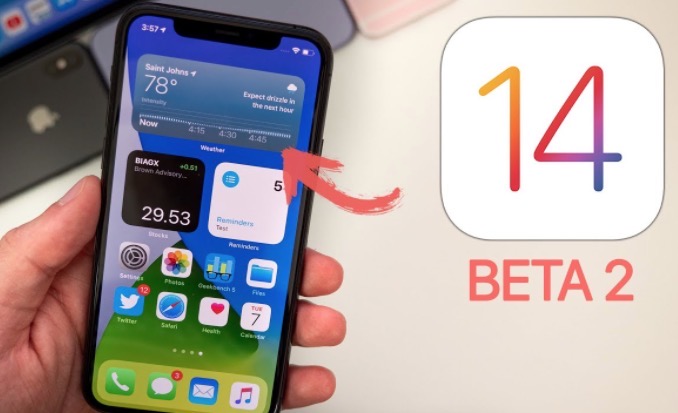 YouTube channel Brandon Butch has shared a first look at iOS 14 beta 2, which was released earlier this morning by Apple for developers.

Butch notes iOS 14 beta 2 has fixed a storage bug found in the first beta, which ate up storage. Beta 2 is now properly showing there is 50GB free out of his 64GB device.

As for new features, here are some of the changes he noted:

As for performance, Geekbench scores were relatively the same but for multicore tests, new higher scores resulted, suggesting an increase in performance in beta 2.

As we dive more into iOS 14 beta 2, more features and tweaks should be shared soon. Apple is expected to release a Public Beta of iOS 14 sometime in July.

Also, another video of what’s new in iOS 14 beta 2 can be seen above from Zollotech.