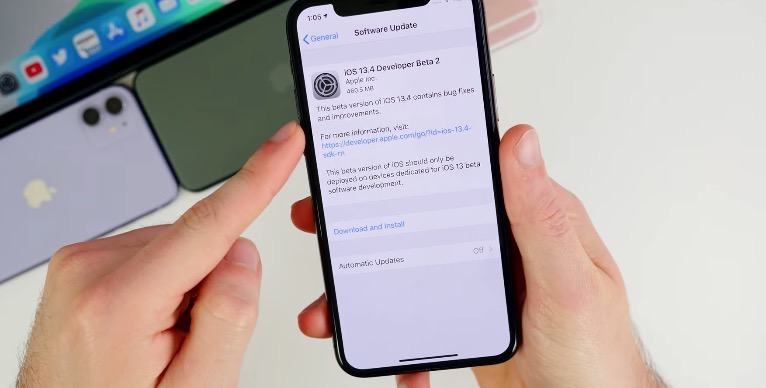 Earlier today, Apple released iOS 13.4 beta 2 for developers, along with equivalent betas for other versions of its software for developers.

If you want to see what’s new in iOS 13.4 beta 2, YouTuber Brandon Butch has shared a hands-on video of the latest beta, detailing some changes.

One of the major changes in iOS 13.4 beta 2 is within the Mail app, as icons have been switched versus beta 1. The action menu is no longer on the far right, but now is second from the right, followed by a compose icon on the far right.

For those using an external mouse on iPad, scrolling and movement is much smoother versus beta 1.

Some bugs were fixed in iOS 13.4 beta 2, as the Settings app no longer crashes for some users, while stacking of notifications on the lock screen no longer is an issue. An Instagram audio bug persists, which keeps playing audio even when the app is closed.

For Safari, an SSL issue has been fixed, while those having issues with webpages not loading, that appears to have been addressed as well.

Performance-wise, Butch says it’s the same as beta 1 and in regards to battery life, it’s too early to tell if any differences exist.

According to MacRumors, iOS 13.4 beta 2 also details it will be possible to send ‘CarKeys’ to share via the Messages app. This will allow friends and family to receive a digital ‘key’ to lock/unlock and start your car.

Once EverythingApplePro shares their iOS 13.4 beta 2 hands-on video, we’ll update this post and share it here as well.

Update Feb. 21, 2020: EverythingApplePro’s video is now available and added above.