Last week WhatsApp added read receipts in the form of new blue double checkmarks, part of a back end update. While some have applauded this long awaited feature, people who don’t like read receipts were miffed as there was no way to disable them.

Since this update wasn’t part of an app update, users were unable to toggle off the feature in the app—until now. WhatsApp has updated their app for Android to include the option to disable read receipts, as noted by The Next Web: 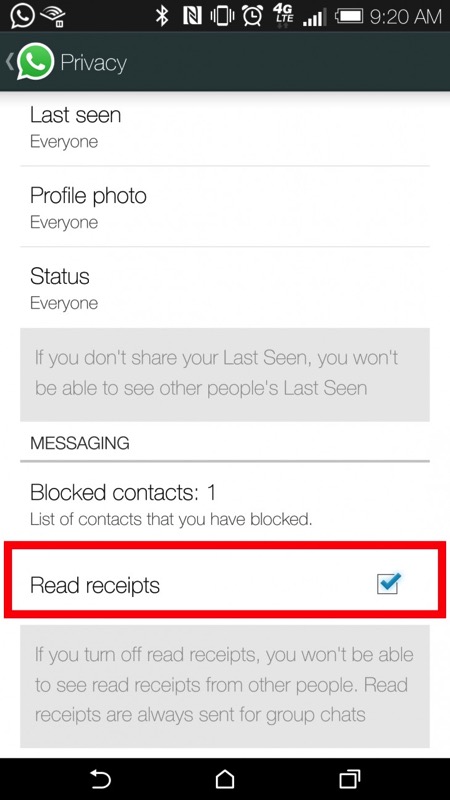 One would expect WhatsApp to roll this feature out across all devices, especially for iOS users, to unify features across various platforms. You can bet an iOS update is already in the works and will be coming soon. In the meantime, just continue to ignore your friends and family. If it’s an emergency (like they’re on fire), they’ll call you.