The latest beta release of WhatsApp suggests a public preview of the app’s most anticipated feature i.e. true multi-device support, may be in the works, allowing users to use one WhatsApp account across multiple devices simultaneously (via 9to5Google). 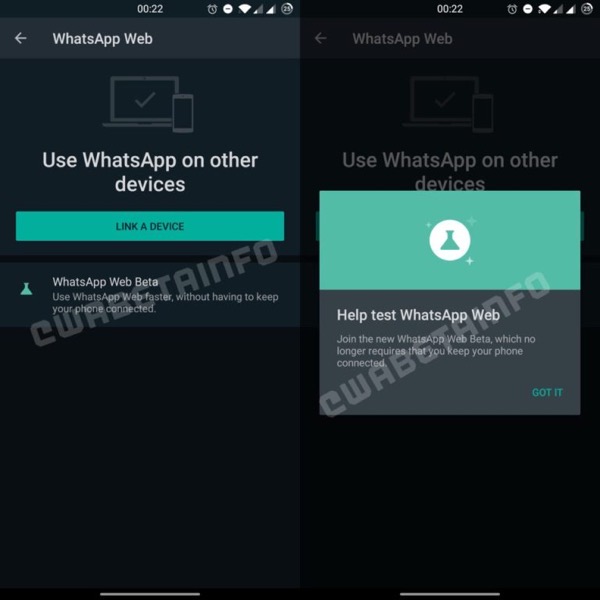 According to the folks over at WABetaInfo, WhatsApp appears to be considering a public preview of the multi-device messaging feature. The above screenshots, however, show findings yet to be found in any public-facing WhatsApp beta build.

With true multi-device support, WhatsApp users will be able to send messages from any linked device without their primary device requiring an internet connection.

Currently, you can only send messages from a secondary device via WhatsApp Web, which also requires an active connection to your main device with a constant data connection.