As spotted by the folks over at WABetaInfo, WhatsApp has today shared some details about an upcoming new ‘Disappearing Messages’ feature, which will soon be available on WhatsApp for iOS, Android, and Web / Desktop. 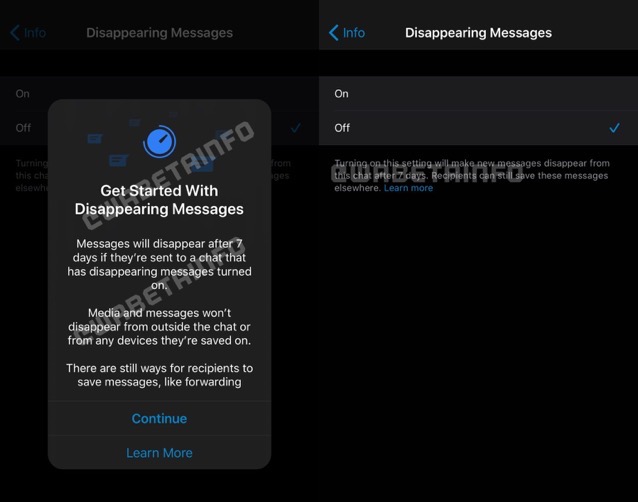 While the feature is not yet available, WhatsApp says it will allow users to send messages that disappear automatically. Once you enable the ‘Disappearing Messages’ feature, all new messages sent in the individual or group chat will disappear after seven days. The most recent selection controls all messages in the chat.

Here are some tips from WhatsApp on how to use the feature.

Note: Only use disappearing messages with trusted individuals. For example, it’s possible for someone to:

To learn more about enabling or disabling the feature once it becomes available, visit this link.