WhatsApp Says No Accounts Will Be Suspended or Deleted on Feb. 8, as Policy Update Delayed 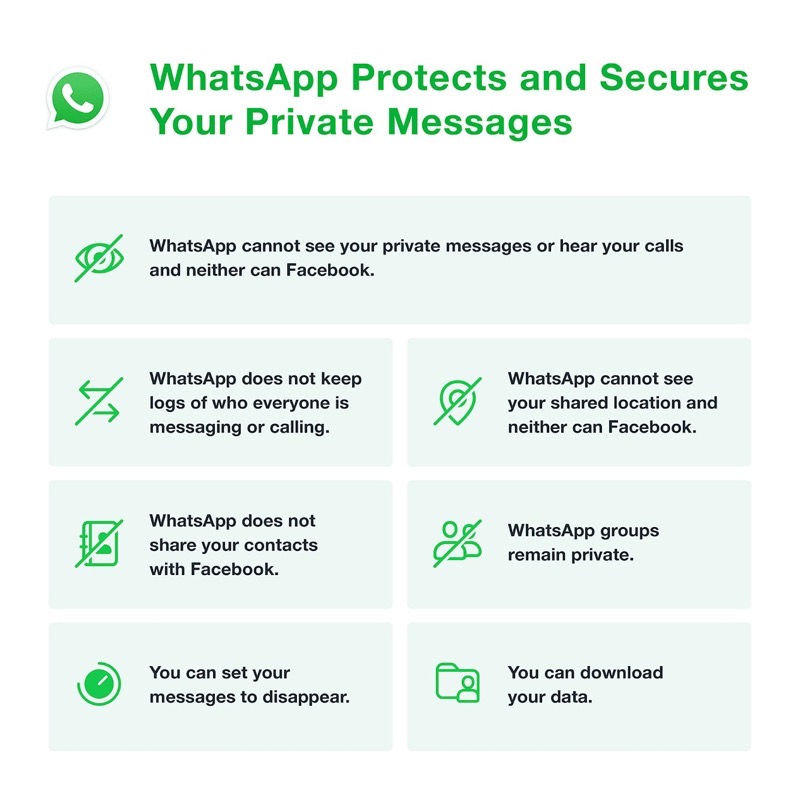 WhatsApp today has explained it is pushing back its recently detailed update, as it tries to clear the air on the policy change.

With these updates, none of that is changing. Instead, the update includes new options people will have to message a business on WhatsApp, and provides further transparency about how we collect and use data. While not everyone shops with a business on WhatsApp today, we think that more people will choose to do so in the future and it’s important people are aware of these services. This update does not expand our ability to share data with Facebook.

We’re now moving back the date on which people will be asked to review and accept the terms. No one will have their account suspended or deleted on February 8. We’re also going to do a lot more to clear up the misinformation around how privacy and security works on WhatsApp. We’ll then go to people gradually to review the policy at their own pace before new business options are available on May 15.

The company says it hopes to clear up misinformation about its previous pop-up notification, which stated if users did not accept the new terms, they could lose access to WhatsApp.

We want to address some rumors and be 100% clear we continue to protect your private messages with end-to-end encryption. pic.twitter.com/6qDnzQ98MP

The botched policy launch has sent app downloads of rival encrypted messaging apps such as Signal through the roof, with the latter aided by a tweet from Tesla CEO Elon Musk.

Signal says it is now seeing well over 50,000,000 installs on Google Play alone, according to data from January 13.

How it started vs how it's going 😅 pic.twitter.com/ERiFpZUz6c

The encrypted messaging app says it is running into technical difficulties due to the heavy demand of new users, and is “working hard” to add more servers as fast as possible:

We have been adding new servers and extra capacity at a record pace every single day this week nonstop, but today exceeded even our most optimistic projections. Millions upon millions of new users are sending a message that privacy matters. We appreciate your patience.

“Thank you to everyone who has reached out to us and to so many who have helped spread facts and stop rumors. We will continue to put everything we have into making WhatsApp the best way to communicate privately,” added the Facebook-owned company.