WhatsApp users will soon be able to transfer their entire chat history between iOS and Android devices. 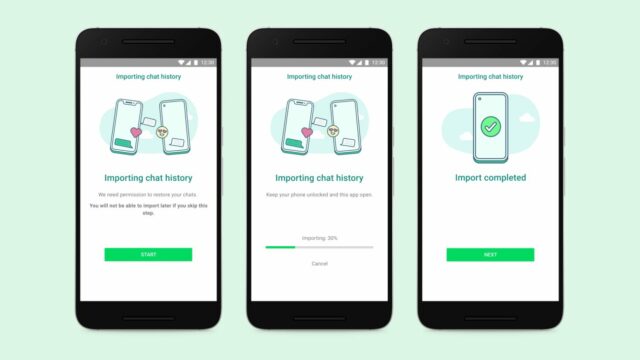 The Facebook-owned messaging app just announced a way to transfer your full WhatsApp history between iOS and Android, including conversations, photos, and voice notes, reads a new report from Engadget.

“WhatsApp will be introducing the ability to move your entire WhatsApp chat history — including voice notes, photos, and conversations — in a seamless and secure way if you choose to switch mobile operating systems,” the company said in its announcement. “The feature means that people will be able to switch between the platforms of their choice, and take their WhatsApp history with them.”

The feature is launching first on Samsung phones, starting with the company’s latest devices, to help with moving away from iPhone. Transfers to other Android phones are coming in the weeks ahead, followed by the ability to move from Android to iOS.

A user’s entire chat history is end-to-end encrypted on their own device, and this means that migrating chats including voice notes ran into technical issues. WhatsApp says that it worked with the world’s largest handset makers and operating system makers in order to make this possible.

The tie-in with Samsung will presumably be pitched as a way to make switching from an iPhone easier, though it won’t be of much help if you’re hoping for iMessage on Android instead.