As reported by WABetaInfo, WhatsApp is expected to roll out revised Privacy Settings in an upcoming update, both for iOS and Android versions of the popular messaging app. 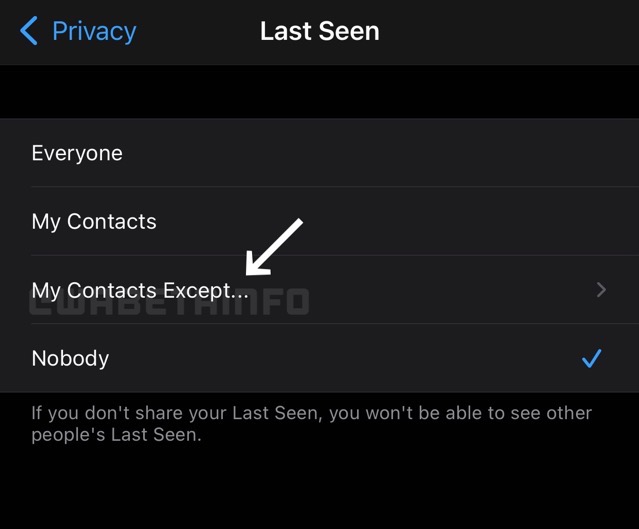 For the past many years, WhatsApp has offered privacy settings across three categories i.e. Last Seen, Profile Picture, About. These settings allow users to decide who can view this information when interacting with others on WhatsApp.

According to today’s report, WhatsApp will soon add a new “My contacts except…” option across all three privacy settings, allowing users to disable them for specific contacts only.

You can see “My contacts except” for last seen in this screenshot, but this also applies to other privacy settings as well, such as “profile picture” and “about”.

Note that, if you disable your last seen for specific contacts, you won’t be able to see theirs.

The feature is currently under development and will reportedly roll out to beta testers in an upcoming update.