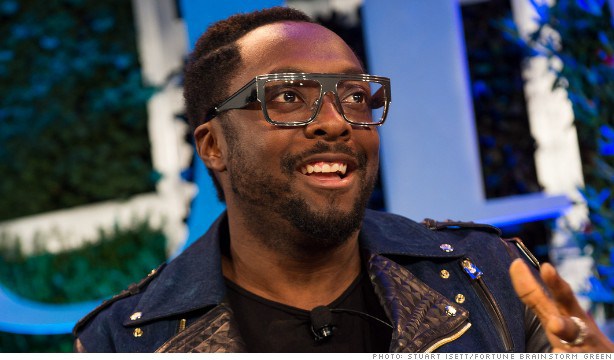 Will.i.am, the Black Eyed Peas frontman and third party equity partner in Beats Electronics and Beats Music, spoke to Fortune over a phone call from London immediately after the acquisition was officially announced by Apple, saying that “it’s not just good for the company, it’s good for the culture”. Will.i.am (real name: Will Adams), who was also a co-founder of the Beats venture, discussed his role in Beats and his reaction to the sale.

Fortune: So the sale is official. This is good news, right?

Adams: This is the craziest rollercoaster I’ve ever been on. The past two months.

Fortune: Were you involved in the talks and negotiations with Apple?

Fortune: Did you make a conscious decision to take a backseat and not be a prominent face of Beats? It seems like that’s what happened.

Adams: Well, no, everyone was doing one. They had Diddy Beats, Gaga Beats, Bieber Beats. And I didn’t want that, I wanted to be effective for the entire Beats, not doing just one SKU. I invested in my own squad of 40 developers to bring to market hardware products. So I didn’t want Beats to get in the way of my core work.

Fortune So, then, is selling to Apple good for the company?

Adams: Yes, in many ways. It’s not just good for the company, it’s good for the culture. You have to look at it like, How is it good for kids in inner cities first? How do kids in inner cities not only dream about being athletes and musicians, but now, entrepreneurs, and bringers of new, disruptive, cool, lifestyle products. A whole new spirit just popped from this one announcement. The game has been elevated.

When asked about what’s really so big about this acquisition, Will said that Apple and Beats, in a nutshell, is culture. “It’s like, if there was a tagline, it’s ‘culture club’,” he added. Talking about the culture at Beats, he said that it’s lifestyle, it’s street, but sophisticated street. “It’s athletics. It’s music and club and youth. It’s cool. It makes no sense.” He further said that you cannot logically explain big headphones on your head, other than it’s just what you want to wear.