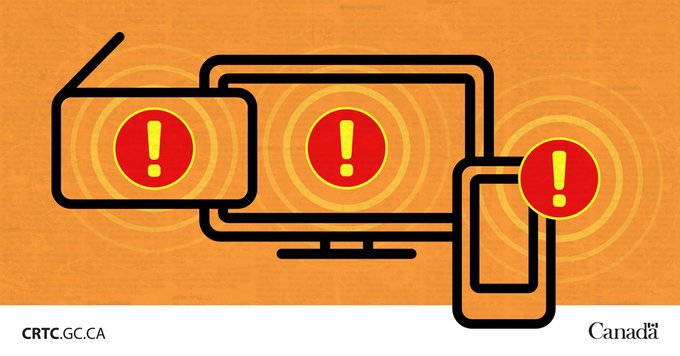 Next week, another national test of the Alert Ready system is going to take place on Wednesday, November 16, 2022.

The public alerting test will take place on TV, radio and compatible wireless devices connected to an LTE network. The alert sound is startling if your phone is not on silent, so be aware of what’s coming.

The CRTC says, “Please do not call 911 for information about the test. Using 911 for non-emergency calls could delay help for people experiencing real emergencies.”

It is not possible to opt-out of wireless public alerts, but you can avoid them by disabling LTE on your wireless device or enabling Airplane Mode.

The last wireless public alerting test took place back in May, but this time around tests will take place in Nova Scotia, Nunavut, Ontario and Quebec, but not in PEI.