Wordle was the Most Tweeted About Game in Canada in Q1, Says Twitter 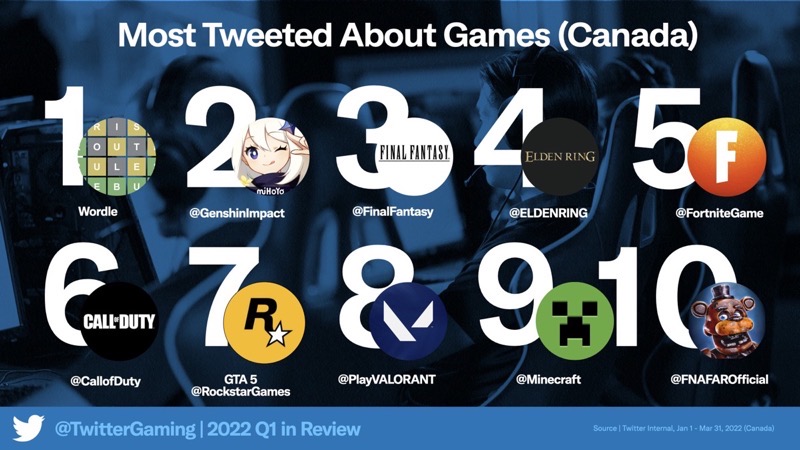 Twitter has shared more stats related to gaming tweets for Q1 2022 (Jan. 1 to March 31), and in Canada, Wordle has topped the charts for the most mentions.

There were nearly 800 million tweets in Q1 related to gaming (up 52% year-over-year), with the most tweet volume related to Sony’s acquisition of Bungie, followed by the Elden Ring launch day, Activision’s Blizzard acquisition and the new season of Fortnite.

Wordle is a simple game that requires users to guess a five-letter word in six tries, and has since gone viral and remains popular. It was created by Josh Wardle, who then sold it to the New York Times in January.