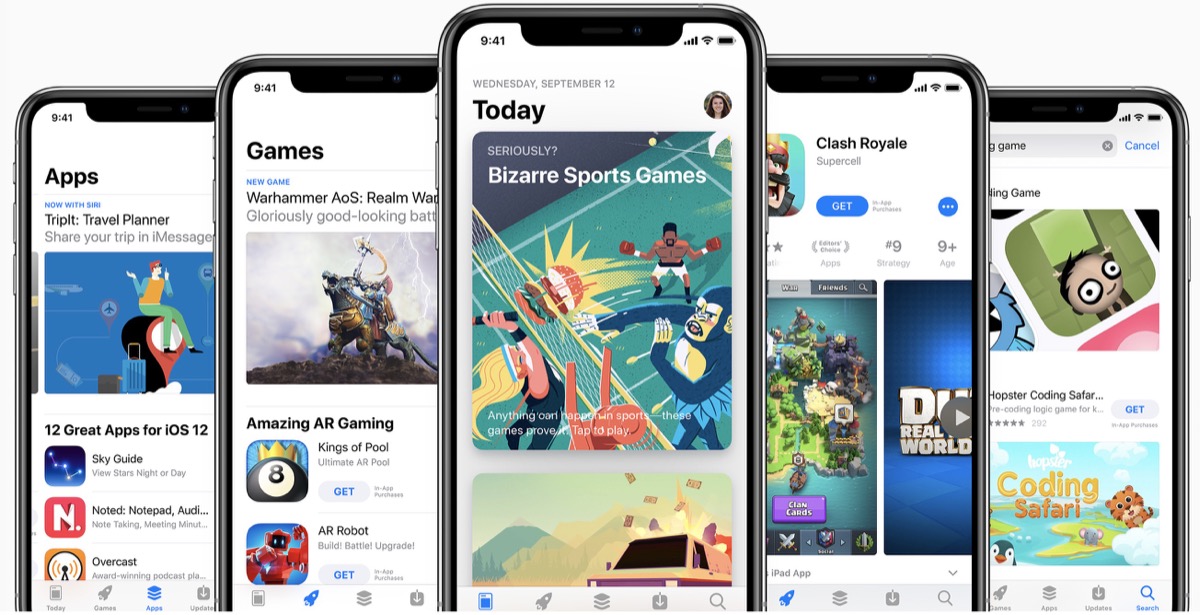 According to the WSJ, searches for keywords such as ‘music,’ ‘audiobooks’ and other queries resulted in Apple’s own stock apps appear higher than others. The Journal performed over 600 searches over two days and found Apple apps showing up higher than third-party apps.

The WSJ says “the company’s apps ranked first in more than 60% of basic searches, such as for “maps,” the analysis showed. Apple apps that generate revenue through subscriptions or sales, like Music or Books, showed up first in 95% of searches related to those apps.”

Apple denies its own apps have advantages in search, saying its algorithm does not favour their own apps. The iPhone maker told the WSJ there are 42 total algorithm factors considered in how search results are ranked, a process kept secret, said to prevent any manipulation of search results by developers.

Apple’s statement to the WSJ said, “Apple customers have a very strong connection to our products and many of them use Search as a way to find and open their apps. This customer usage is the reason Apple has strong rankings in Search, and it’s the same reason Uber, Microsoft and so many others often have high rankings as well.”

“The search algorithm is always changing as we strive to improve the ways our customers can find what they want and prevent fraud on the store, but our commitment to running search with the highest integrity and in a way that is fair to all developers will never change,” explained Apple’s statement.

This should spook developers: Apple once considered removing all apps rated less than 2 stars in the App Store, but ditched the idea because its own Podcasts app was rated so low https://t.co/1wXRlSblan pic.twitter.com/XhzFzzaeMg

The WSJ story also cites how Apple at one point considered removing apps with ratings below 2-stars in the App Store, but never followed through because it would have resulted in the company’s own Podcasts app to be killed.

Are you seeing Apple’s own apps showing up higher than third-party apps in App Store searches?